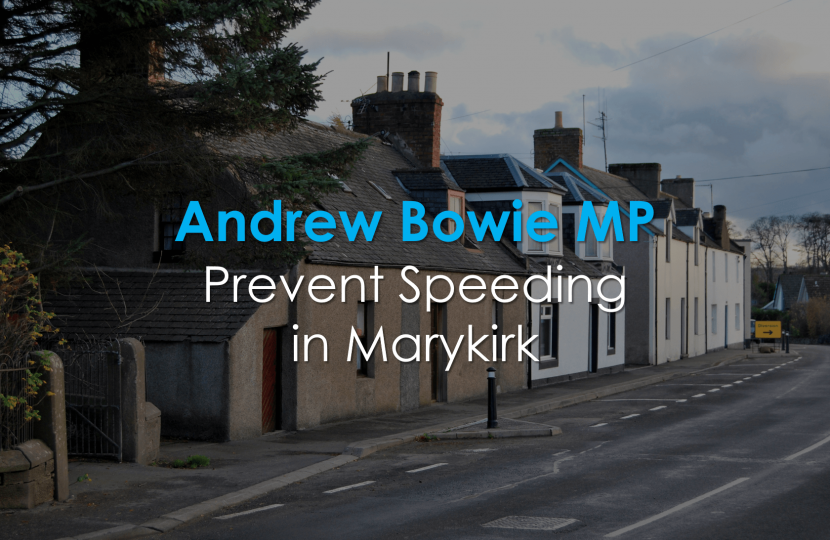 Marykirk residents regularly see vehicles, including lorries, break the speed limit before or after using the A90, and put pedestrians lives at risk.

Andrew held a public meeting in Marykirk in September, where multiple issues were raised and solutions proposed. Andrew subsequently wrote to both Police Scotland and Aberdeenshire Council asking them to address speeding vehicles.

Aberdeenshire Council has since agreed to carry out a New Road Study and Police Scotland have committed to carry out speed checks in Marykirk at rush hours.

Further updates regarding this campaign will be posted on this page.

A report on the situation in the Courier: https://www.thecourier.co.uk/fp/news/local/angus-mearns/579766/marykirk…