Amendments to the Environment Bill Regarding Storm Overflows - Explained 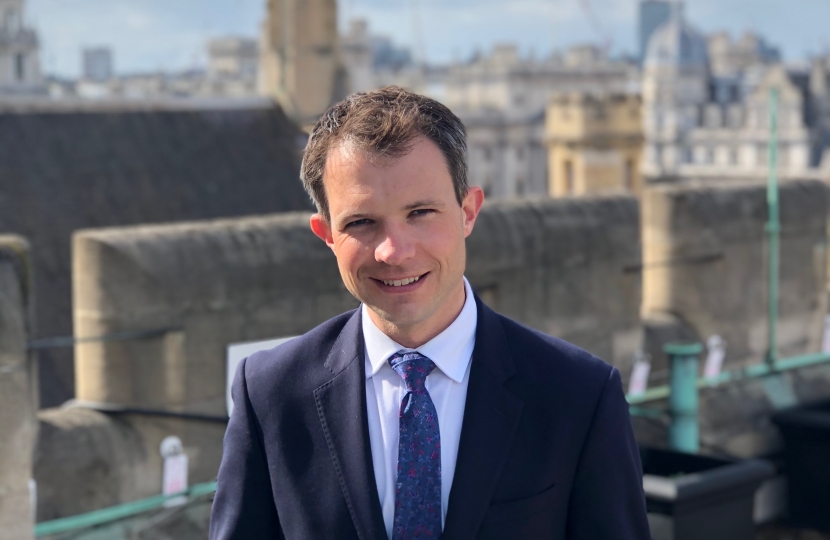 The Environment Bill underlines the UK Government’s commitment to tackling climate change and protecting and restoring our natural environment. As you may know, the Bill’s provisions fall under two broad themes: a new domestic framework for environmental governance and a range of environmental targets in specific policy areas including waste, air quality, water and chemicals.

Although this is a very welcome piece of legislation, the environment is a devolved matter in Scotland, subject to a small number of reservations. That means Scottish Ministers are responsible for regulating on domestic environmental governance, waste, air quality and so forth. In light of this fact, some of the Environment Bill’s provisions do not extend or apply to Scotland, though some important aspects do.

I wholeheartedly share the concerns of constituents about the use of storm overflows and, as a passionate conservationist, need no convincing as to the importance of ensuring clean and healthy rivers.

Regarding in particular, Lords’ Amendment 45 to the Environment Bill, which was voted on last week, and about which a number of constituents have contacted me.

The Government has inserted a range of amendments to the Environment Bill to address the concerns about the use of storm overflows. I was pleased to vote in support of Amendment (a) to Lords Amendment 45, which passed by a margin of 265 votes for to 202 votes against. Concerns have been raised that section 141A, tabled by the Duke of Wellington in the House of Lords, was removed from Amendment 45. Section 141A sought to place a new duty on sewerage undertakers in England and Wales to demonstrate progressive reductions in the harm caused by discharges of untreated sewage. This all sounds admirable, and indeed is something I support in principle. But the trouble is that the Duke’s amendment came with no plan as to how this can be delivered and no impact assessment whatsoever. Some might argue that a plan is not essential, that one can be formulated afterwards. I would be sympathetic to this point of view if we were talking about a simple, inexpensive endeavour. But in eliminating storm overflows, we are talking about transforming a system which has operated since the Victorian Era, the preliminary cost of which is estimated to be anywhere between £150 billion and £650 billion. The Government’s view was that it would have been irresponsible to have inserted this section in the Bill given that it was not backed by a detailed plan and thorough impact assessment. It would have been the equivalent of signing a blank check on behalf of billpayers.

However, I was pleased to support of the other amendments to the Environment Bill relating to storm overflows (including the rest of Amendment 45). One of these amendments places a legal duty on government to publish a plan by 1 September next year to reduce sewage discharges from storm overflows. A separate amendment will also place a duty on government to publish a report on the ‘mechanics’ of eliminating overflows entirely (also due before 1 September next year). This is absolutely essential, as it will provide Parliament and the public with up-front, clear and comprehensive information on the cost and impact of eliminating storm overflows. Between the Government plan on storm overflows and the new elimination report, we will fully understand precisely how we can best tackle storm overflows.

Please do not think that the Environment Bill only legislates for the production of plans on tackling storm overflows, however vital these no doubt are. I was pleased to support amendments to the Bill which take firm and immediate action to tackle storm overflows in the short-term. This includes:

Outside of the Bill, Ministers have made their expectations crystal clear in DEFRA’s draft Strategic Policy Statement to Ofwat. For the first time, the Government will be telling the industry’s financial regulator that it expects water companies to take steps to “significantly reduce storm overflows”, and that it expects funding to be approved for them to do so. Ministers will also undertake a review of legislation which would require Sustainable Drainage Systems to be constructed to ministerial standards on new developments, reducing the pressure on the sewage system. All of these measures are informed by the work of the Storm Overflows Task Force, which Defra established in August 2020 to bring together key stakeholders from the water industry, environmental NGOs, regulators, and Government in order to drive progress in reducing sewage discharges. The Taskforce has agreed a goal to eliminate harm from storm overflows.

As I said at the very outset, the environment is a devolved matter in Scotland so it will be incumbent on Scottish Government Ministers to replicate the measures here in Scotland, however, I still felt it important to address the concerns regarding storm overflows as the issue has been raised by a number of constituents who perhaps are not aware of the situation around devolution and the environment, or who rightly appreciate that as one United Kingdom the impact of new environmental legislation will affect all of us.