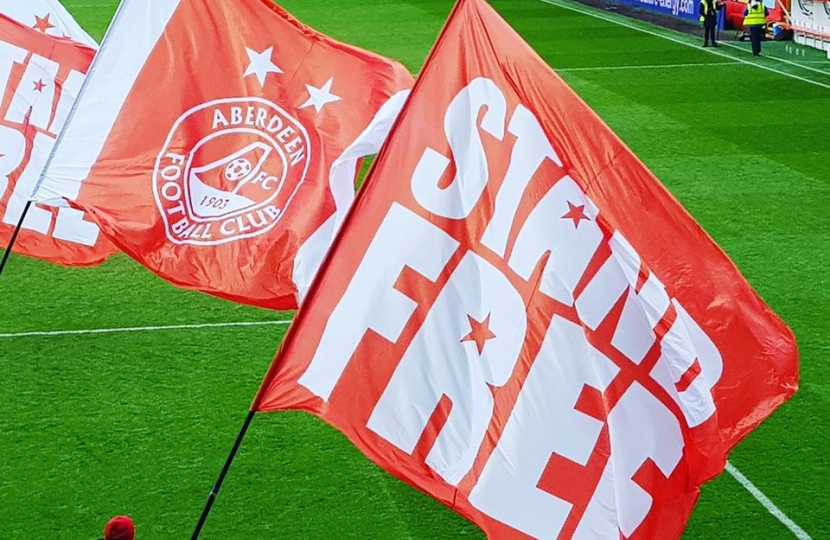 Andrew is backing the call from Scottish Football Clubs and supporters to get sport back into action as soon as possible. In a letter to The Scottish Government Minister for Public Health, Sport and Wellbeing, Joe Fitzpatrick, Andrew asked that the Scottish Government work with football clubs in the same way that the UK Government is working with the Premier League in England.

"I am writing to you regarding the prospect of football matches resuming in Scotland. It has been
recently suggested by the English Premier League, supported by the Department for Culture, Media
and Sport, that matches might resume in the next few weeks, with a provisional restart date of the 8th
June. I am sure you will agree that the prospect of the national game returning will be a massive boost
to the country starved, as it has been for six weeks, of any live sport.

Obviously, the English Premier League (EPL), working with Her Majesty’s Government (HMG) will be
taking steps to ensure any moves are consistent with public health guidance and it is likely that games
will be held behind closed doors, in approved stadiums with matches shown on TV- possibly including
free-to-air. Likewise, any return to regular training regimes for players will be guided by medical and
scientific advice.

These proposals are set to be discussed by clubs in the EPL on Friday and HMG stands ready to
help, advise and support the football community.

Can I ask if such proposals might be considered in Scotland? Football is loved across Scotland and, if
the top flight in England is able to find a safe, workable solution to completing the league, surely it
would be possible to do the same north of the border. Such a move, if possible, would provide a
massive boost to the Scottish people now in week six of lockdown.

In no way should any steps be taken that might endanger public health, but if the clubs could agree on
a suitable way forward, such as the one being proposed for the EPL, might I ask if the Scottish
Government would support them in their efforts, as HMG is supporting the efforts of English clubs, to
bring football back?