Andrews Speech to the Cambridge Union 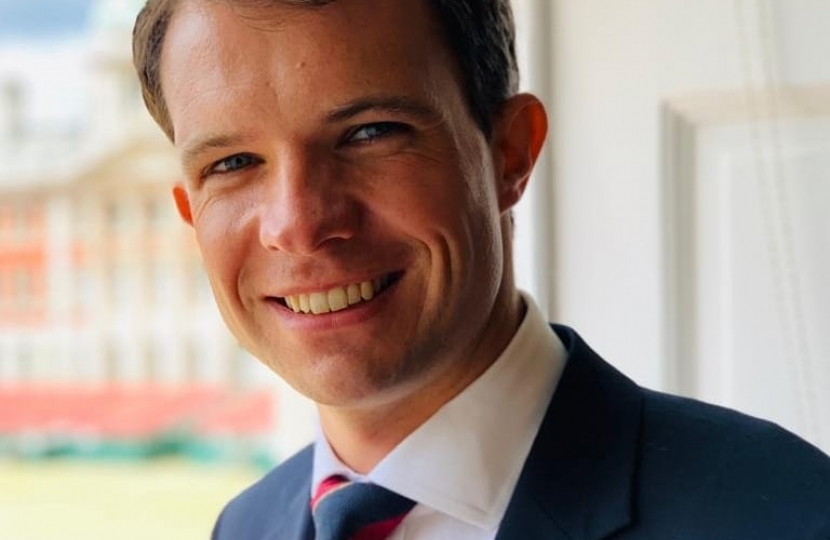 I am a Scot. I was born in Scotland and educated in Scotland. I now have the immense privilege to represent the north east of Scotland, my home, in the House of Commons. And I happen to believe it is the best part of the best country in the world.

But I am also a Brit. And proud to be so. Tonight I speak to you in Cambridge, one of the great educational institutions of the world. A globally recognised, international but decidedly British institution.

I am proud to say you are of my country. I am not speaking to a foreign centre of academic excellence and research, as international and diverse as this audience may be tonight. I am at home- in my country, speaking the common language we all share, with the values and courtesies we all recognise in a manner befitting the democratic principles we know and defend. Our values, our language, our democracy.

That, for me, is the greatness of our country. We are four peoples in one. The British: a hotch-potch of backgrounds and identities but with shared values. We can be proud Scots, Welsh, Northern Irish, English. We can be proud Londoners or Aberdonians. Muslim or Christian. You can be a mixture of all of the above and more and still be British. That is the beauty of our brilliantly confused, melting pot of a country. It’s what makes us who we are.

And it saddens me, no, more than that, it is heart breaking to hear people talk of the break up of this nation, my home, as if they are speaking of nothing more than the end of a business relationship, a trading agreement. As if the United Kingdom of Great Britain and Northern Ireland represents nothing more than a corporate, business, economic agreement or arrangement between four distinct and separate nations. Of course, the economic and business relationships between the home nations is deep and vitally important- not least to the millions of people who rely on the continuation of the UKs internal market for their jobs, income and security.

But it is so much more than that- this country, my country, the United Kingdom, is about the familial ties across these islands. It is about our shared history and our shared values that together we stood up for over the last century and more.

This is the country that abolished slavery, that fought with our Commonwealth and allies to free the world from oppression, Nazism, and Communism; helped found the European Court of Human Rights, the United Nations and NATO; has stood as a beacon for the poor and dispossessed of the world as a symbol of hope that good will, forever, overcome evil.

I will never forget one hazy summers evening, about 14 years ago, being aboard HMS Edinburgh, having crossed the Atlantic from Brazil. We were slowly sailing into the English Channel. It must have been about July and the sky was that glorious reddy/blue/magenta colour you only see at the end of a hot summers day when you are down by the coast. On the upper deck, looking across a sea that was flat calm, and just visible through the fine mist, was the Cornish coast. I could smell the air, almost taste the fish and chips. And I remember thinking to myself, that’s my coast. My home.

Very often you hear the United States of America described as the great experiment.

But, to my mind, the original great experiment, launched 70 years before the Bostonians decided, inexplicably, to chuck what was, by all accounts, perfectly drinkable tea into the ocean, was ours- the experiment of the United Kingdom.

And, as with any experiment, you change and adapt the processes in order to achieve the desired outcome- in this case a country, diverse and different, but united and at peace with itself. And in 314 years, in an attempt to succeed, we have seen the shape of our union change and evolve. We have seen our systems of government adapt and develop in order to achieve what the Americans might describe as a more perfect union.

A state I have to admit, as I talk to you tonight, we seem quite far from achieving. But that doesn’t mean we should stop trying. It is the duty of all of us to strive to improve our United Kingdom. For if an island, this small island in the north sea, with so many ties, with so much in common cannot stay united, what signal does that send to the rest of this sorely divided world.

That is the exciting challenge we all have. And what a challenge. What an opportunity. Inheriting the struggle from the shoulders of giants like the great Donald Dewer, who himself described devolution as a journey, we can make this country work for all its people.

It is a matter of demonstrable fact that this country achieves much more together than it ever could apart- you simply need to look at the incredible pace of the Covid vaccine roll out to see that. Why would we put that at risk? Why would we want to create a border where there has been none for over 300 years?

Mr President, that is not my attitude.

I often like to think of the UK as a family. Scotland, England, Wales and Northern Ireland. Comfortable and happy together for the most part but shaken sometimes when one of the family tries something new or admits to wanting to do something different. It takes a while for the family to get used to the idea, but eventually, when it does, it usually makes for a better and more rounded situation. That is the United Kingdom with devolution in 2021.

The United Kingdom. Imperfect? Certainly. Failed? Certainly Not. Unfinished? Probably. We are determined to make it work.

To admit we can’t adapt; to admit that our great experiment of maintaining our union has failed; to break up this nation simply because we are uncomfortable with one part of our constituent parts doing its own thing, would be the easy way out. Democracy is difficult. Maintaining this union is difficult.

But we must persevere.

Does that mean trying new ways; again changing how we do things? Adapting our processes to achieve a more perfect result? Maybe. And we should not be afraid of that.

The unwritten constitution of our United Kingdom is not some museum piece- stuck in aspic, incapable of flexibility and radical thought.

From its earliest days it has proven, quite simply because it is by its nature, unwritten, to be able to adapt, flex and change with the pressures, challenges and demands of the times we have found ourselves in.

Unlike Mr Blackford I am an optimist. I believe we can do it. With imagination, with courage, with determination, we can build that better union. We can complete the experiment. This kingdom is united. And, working together, we can unite it still further.