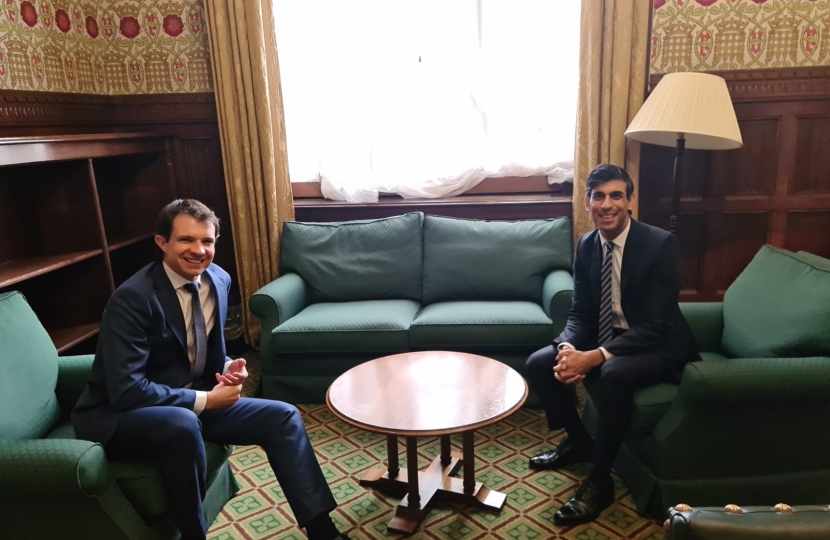 A week ago today the Chancellor, Rishi Sunak, took to his feet in parliament and announced the British Governments 2021 budget. It was a budget for the whole of the United Kingdom and has been welcomed across our island home with a snap YouGov poll indicating 46% of the British public support the budget whilst only 11% oppose it. An Opinium Research poll showed a majority, 52% of the British public approve of the budget.

Including the £1.2 billion announced in last weeks budget, the UK Government has delivered £13.3 billion for the Scottish budget since the pandemic began. And in exciting news for the North East, Rishi Sunak committed £34 million for the region's green recovery -

£2 million to continue the development of the transition deal

£5 million to the Global Underwater Hub in Aberdeen, on top of £1.3 million last year 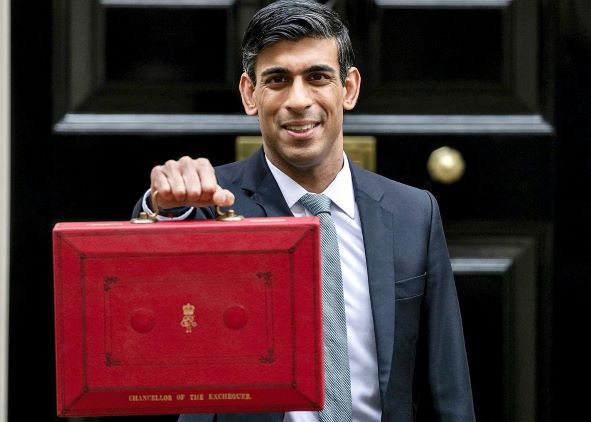 The budget included more support for employees, employers and the self-employed. Motorists, businesses owners and those on little or no income will all benefit from a variety of announcements targeted at helping the UK through what we all hope are the closing stages of covid disruption -

The furlough scheme will be extended until the end of September 2021. The UK Government will continue to pay 80 per cent of furloughed employee’s wages until the end of July. Employers will then be asked to make a 10 per cent contribution towards wages in August and a 20 per cent contribution in September. So far the scheme, along with the Self-Employed Income Support Scheme has protected almost a million jobs in Scotland.

Two further grants for the self-employed. The UK Government will introduce a fourth grant covering the period February to April, worth 80 per cent of people’s average monthly revenues. From May, a fifth grant will be available which is more targeted towards those most affected by the pandemic: people whose revenues have fallen by more than 30 per cent will receive the 80 per cent grant, while those whose revenues have fallen by less than 30 per cent will receive a 30 per cent grant. And we will ensure that the more than 600,000 people who became self-employed last year, and filed their 19-20 tax return by 2 March, will now be eligible for both grants.

Extended the increase of the standard rate of Universal Credit by £20 a week for another six months. The standard rate of Universal Credit was increased by £20 a week for an initial one year period from 6 April 2020, meaning claimants will be up to £1,040 better off during the year. Today, Rishi Sunak has announced that this uplift will continue to financially support those who need it most for another six months.

Cancelling the planned increase in duty on all alcohol, including Scotch whisky. Tax on spirts, wine, cider and beer will be frozen for another year. 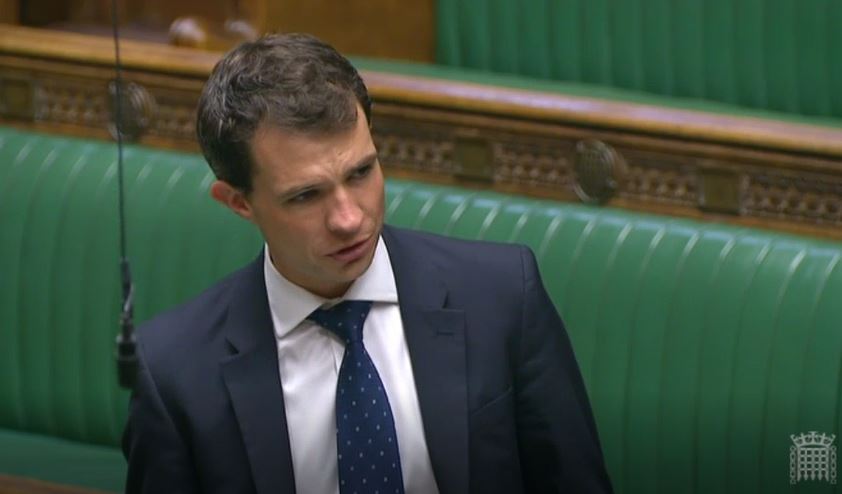 As we look to Build Back Better post covid, the chancellor announced a string of support for boosting the economy -

Allocating more than £25 million in extra funding for three of Scotland’s growth deals. The Ayrshire, Argyll and Bute, and Falkirk Growth Deals will get a funding boost of £25.8 million over the next five years. And the reprofiling of the deals to be delivered over 10 years instead of 15 mean the Ayrshire deal will get an extra £3.4 million per year for the next ten years of the deal from 2021-22, with the Argyll and Bute Deal getting and extra £800,000 per year from 2022-23 and the Falkirk deal will get an extra £1.3 million per year from 2022-23.

Announced a new mortgage guarantee scheme for home buyers. The cost of a deposit can be one of the biggest barriers to people getting on the property ladder. That is why, from April, lenders who commit to providing loan-to-value ratios of between 91 to 95 per cent can get a UK Government guarantee on the full value of those mortgages.

Extending the stamp duty cut in England until the end of June. The UK Government has announced the £500,000 nil rate band will end on 30 June, before tapering down to £250,000 until the end of September, meaning 60 per cent of buyers in England will pay no stamp duty, before returning to its normal level of £125,000 from 1 October. In Scotland this is a devolved decision, buyers will pay Land and Building Transactions Tax on purchases over £145,000 from 31 March unless the SNP can be convinced to follow the British Governments lead. 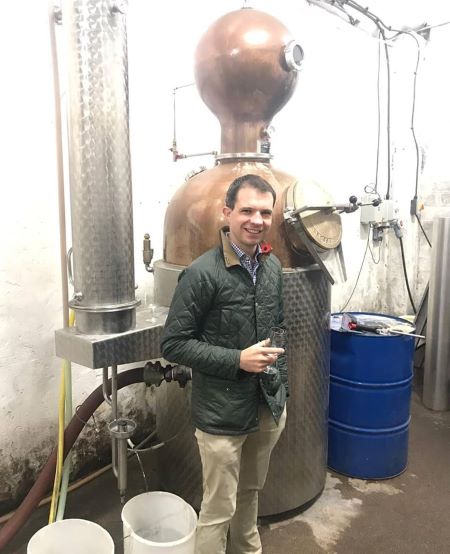 The UK and US have agreed a new joint approach to the longstanding trade conflict over aerospace tariffs.

The United States will temporarily suspend all retaliatory tariffs on direct exports from the UK to the US resulting from the Airbus dispute for four months, in an effort to reach a negotiated solution to the 16- year long dispute. This measure will come into force on Monday 8 March, backdated to today (4 March).

In 2018, the year before the tariffs were imposed, the US imported around £550m of goods affected by these measures from the UK. The tariff suspension will help protect jobs on both sides of the Atlantic in industries who have been targeted by these unfair tariffs, particularly Scotch whisky. Scotch was the UK’s largest food and drink export in 2020, and exports of single malt Irish and Scotch whiskies to the US were worth around £340m in 2018.

This follows the UK’s decision to suspend Boeing tariffs against the US from January, a show of good faith which ensured the UK was not hit by further tariffs and allowed both countries to work on ending the dispute and focus on deepening our future trading relationship.
Local MP Andrew Bowie has hailed the suspension on Scotch whisky tariffs as "a huge boost to the spirit" for north east distillers.

Negotiations between the UK Government and the new US administration mean tariffs on the products will be suspended for four months, backdated to March 4. The period of suspension will be used to hopefully reach a permanent end to the products being hit by US tariffs of 25 per cent.

As part of the Conservative group of Scottish MPs, Mr Bowie successfully argued for consecutive spirit duty freezes at the heart of government and worked alongside the All-Party Parliamentary Group on Scotch Whisky to support the industry’s development.

The MP for West Aberdeenshire and Kincardine said:
“There is a worldwide appetite for exquisite spirits and other produce made in Aberdeenshire, which allows for the fantastic expansion currently being undertaken at Deeside.
“There are distillers of every size and shape in this part of the country, such as Royal Lochnagar, Fettercairn, Deeside, Lost Loch and many more.
“That has been supported and grown by this UK Government, first in freezing duty and now a suspension of these hugely damaging tariffs.
“The dispute has gone on for far too long and these industries have been disproportionately punished for a disagreement between the US and the European Union that they played absolutely no part in.
“This suspension is a huge boost to the spirit and the focus is now on finding a permanent solution.”

Mr Bowie will continue to work closely with his colleagues in the UK Government in the coming months in order to deliver a permanent solution that will allow Scottish industries to be able to export their products freely going forward.