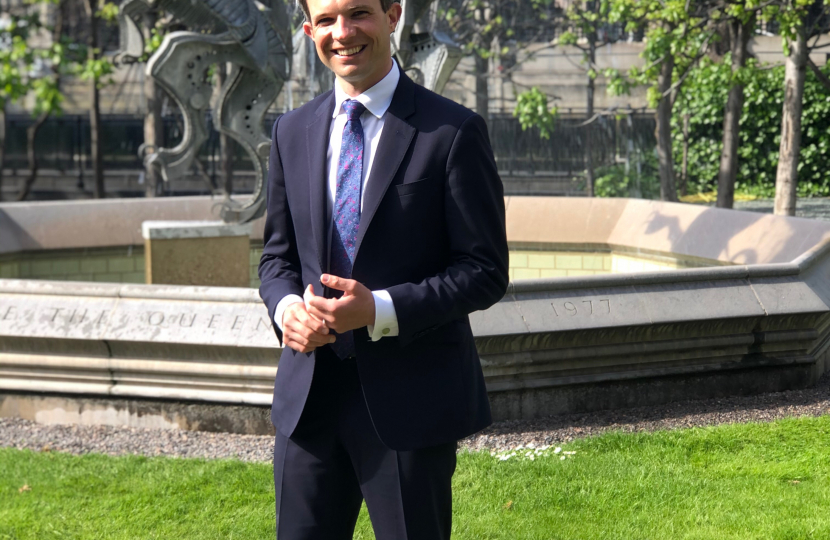 Energy Strategy will “Fuel Britain for the Future”

North East MP Andrew Bowie has backed the UK Governments ‘British Energy Security Strategy’ stating that it will “Fuel Britain for the Future”.

Following the Strategy announcement, Mr Bowie also hit out at opposition parties for having a short-sighted view of how the UK solves the energy crisis and moves to Net Zero.

“Both the SNP and Labour continue to sift through the first aid box looking for a quick fix, they want a sticky plaster approach to the current energy crisis which will only create problems in the future.

“What this Conservative Government has announced is a comprehensive energy security strategy which answers both our short term needs and our long-term ambitions. It’s a permanent fix that will secure our energy future.

In a recent article for The Times Red Box (14th March 2022), Mr Bowie said Aberdeen is well-placed to become the net-zero capital of the UK. Today he has reenforced that view and put his full weight behind the North East to take a leading role in the fulfilment of the strategy.

“Talking with the chancellor, the Prime Minister and the industry, everyone knows we have the means and the people and the skills to do it right here in the North East.”

“I am proud so many of my constituents have a part to play in powering the future of the nation, whether we are drilling for victory to heat our homes for tomorrow or stimulating hydrogen and putting to sea the great turbines which will heat our homes throughout the century.

Clean Energy the Focus of the Future

The UK Government has received some criticism for its policy on Fracking, Mr Bowie believes the right decision has been taken and that clean energy, including nuclear needs to be the focus of the future.

“Fracking, even if it is viable, has had no investment in the UK and would make no difference short term, whilst long term focus is better spent in clean energy.

“It is clear too that nuclear is one of the many answers to energy security and I am particularly pleased the UK Government has finally challenged the SNP to prove its policy or back our clean power future.

In his article for The Times in March, Mr Bowie also hinted that new, clean, renewable energy could play a key role in bringing down the cost of energy and bringing an end to the energy crisis.

“Contrary to popular belief, far from being to blame for the energy crunch, between 2010 and 2020, the cost of wind and solar plummeted and actually protected consumers from volatile gas prices. Because gas costs have soared, renewables are now four times cheaper than existing gas plants.

Mr Bowie has been a long supporter of Offshore Wind as a leading source of energy moving forward.

The UK is set to see a £160 million investment in offshore wind. The investment has the potential to cement the UK as a world leader in wind energy, create 60,000 new jobs, boost exports and reduce carbon emissions, ensuring the UK reaches net zero.

The Prime Minister recently announced a boost to the UK's previous target to deliver up to 30GW of offshore wind, to delivering 40GW by 2030. There is also a new ambition for 1GW of the new 40GW by 2030 target to come from floating offshore wind which is a brand-new technology allowing wind farms to be built further out to sea in deeper waters, boosting capacity even further.

“This booming industry’s potential is enormous, it will not only help us move to Net Zero, but it will also provide us with energy security and create thousands of jobs, many right here in the North East.

In the ScotWind leasing round, energy firms invested £385 million in North Sea sites to develop 12 gigawatts of floating wind turbines. That’s 12 times the government’s ambition for the emerging sector and with it came greater investment.

Last month Mr Bowie called on the government to increase its floating offshore wind target to 15 gigawatts by 2035.

“Floating turbines can access windier, deeper seas, increasing energy security. Raising our target will unlock investment and help the UK win the global race to lead this new technology. If we grasp this opportunity, the Offshore Renewable Energy Catapult calculated that the sector could add £43 billion to the UK’s economy and create 29,000 new jobs by 2050.

“Net zero was on the first page of the Conservatives’ manifesto. The announcement of the new British Energy Security Strategy clearly shows that we are now delivering on that pledge.