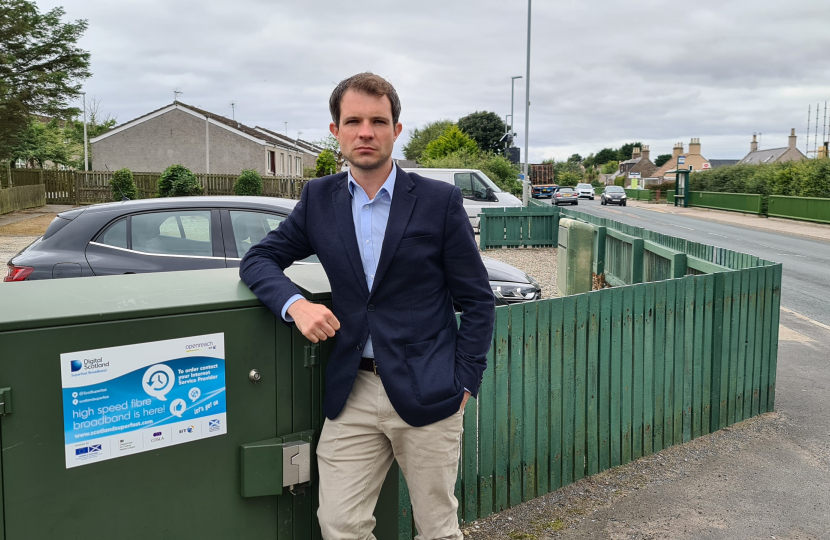 Rural households at risk of telecoms “blackouts” during extreme weather must qualify for extra help to stay connected, a North East MP has said.

BT’s new Digital Voice service will replace ageing analogue landlines by 2025 but requires both broadband and power to work.

Following Storm Arwen in November, early adopters in the North East lost power and phone for two weeks, prompting Andrew Bowie to ask BT chief Philip Jansen for failsafe cover in the region and beyond.

The West Aberdeenshire and Kincardine MP has now obtained details from regulator Ofcom over vulnerability criteria, which include customer age and communications difficulties.

And he is calling for Britain’s biggest telecoms provider to install battery backups as standard for customers living in rural areas.

“These backups give people a vital hour to contact utilities companies, the council and emergency services, which they weren’t able to after Arwen. When the power and mobile networks are down, they will be cut off again.

“Customers are told they can buy a battery backup unit, which used to be installed as standard for properties without a copper landline.

“I don’t believe that cuts it for people who are particularly vulnerable just because of their age or where they live, waiting for the next blackout.

“Now, individual customers can contact BT to open a case for them.

“However the potential volume of referrals could lead to a massive backlog, very quickly.

“It would be better and easier for BT to flag vulnerable areas and make these backups available as they are switched over.”

Mr Bowie wrote to community councils in his constituency as part of engagement on the switchover and has met representatives of fibre provider Openreach.