Budget 2021 - Full Breakdown and What it Means for Scotland 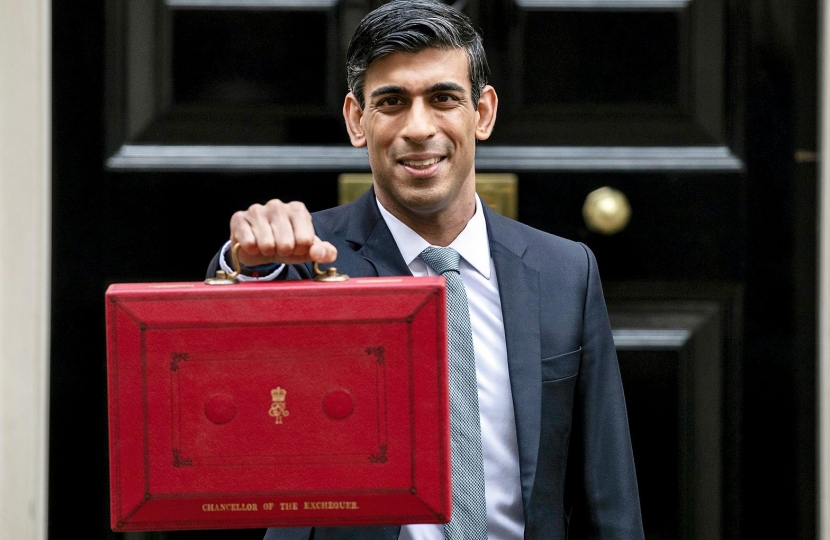 Throughout the pandemic, the UK Government has taken swift and decisive action to protect nearly a million jobs and tens of thousands of businesses across Scotland – it’s time for Scotland’s government to work together to recover from the pandemic and rebuild Scotland.

Now Rishi Sunak is going further extending the furlough scheme by five months, providing £1.2 billion more for the Scottish budget, enhancing the North East’s transition to a low carbon economy, helping those on low incomes get onto the housing ladder, and funding the recovery of our communities through the Levelling Up Fund. These are the actions of a Government focused on recovery.

More funding for the Scottish budget

The UK Government is protecting jobs and businesses across Scotland

The UK Government is helping to rebuild Scotland from the pandemic

Q: The SNP say the Shared Prosperity Fund is a power grab?

The UK Government are delivering on their promise to replace EU structural funds. This is vital investment in Scotland’s communities that will create jobs and improve infrastructure – we don’t see why the SNP would turn it down.

The UK Government has delivered billions in extra funding since the pandemic began and Rishi Sunak’s furlough scheme has protected almost a million jobs and will now run until the end of September.

Thankfully the SNP listened to the Scottish Conservatives and decided not to raise income tax in Scotland, and while we would like see Scotland’s tax rates come into line with the rest of the UK in future, we recognise that now is not the time while we are recovering from the pandemic.

Q: The UK Government should give Scotland more borrowing powers to deal with COVID-19?

The SNP Government already have borrowing powers and they have failed to get cash they do have out the door to support businesses. The UK Government has provided more than £11 billion extra for our budget since the start of the crisis.

The UK Government has accepted the recommendations of the low pay commission in full and increased the National Living Wage by 2.2 per cent to £8.91.