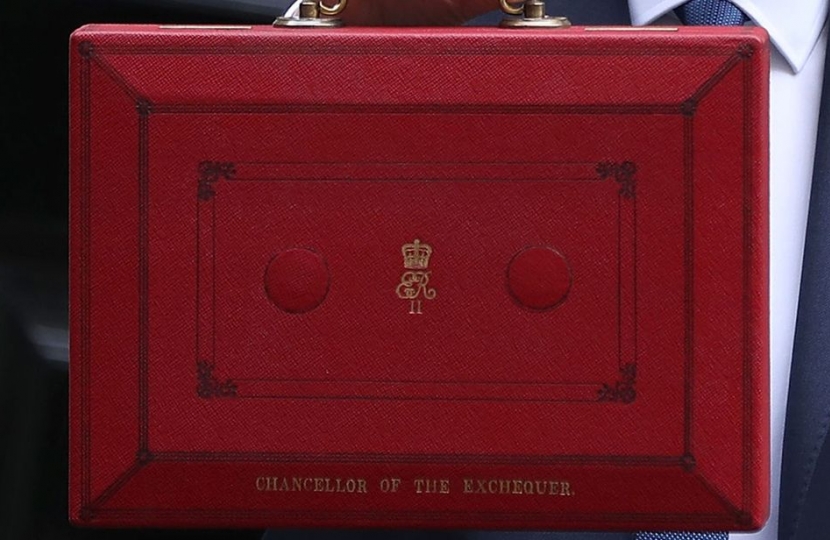 The Chancellor is to announce an Investment package of £57 million for Scotland as part of his Budget on Wednesday this week.

Scottish businesses are set to receive a boost to their green energy transition and further investment to create local jobs in key sectors with a more than £57 million investment in tomorrow’s Budget (Wednesday 3 March).

Chancellor Rishi Sunak is expected to commit £27 million for the Aberdeen Energy Transition Zone, a first step in delivering on the Government’s promise for a sector deal for the oil and gas industry.

This is set to transform North East Scotland into a globally competitive hub for cleaner energies such as offshore wind and hydrogen as the industry decarbonises and diversifies, supporting green jobs and helping the industry transition on our path to net zero. Recent industry reports suggest that the Aberdeen region supports over 20,000 direct jobs in the oil and gas sector.

Rishi Sunak is expected to announce up to £2 million to support the continued development of industry proposals for the North Sea Transition Deal and a further £5 million for the Global Underwater Hub in Aberdeen, building on last year’s £1.3 million commitment. These proposals will leverage existing skills and expertise in the area and drive forwards a low carbon future for the area and secure the long-term viability of the energy sector.

The North Sea Transition Deal will support jobs and net zero as the oil and gas industry decarbonises and diversifies to cleaner energies.

The Chancellor of the Exchequer, Rishi Sunak, said:

“It’s vital that as we deliver our Plan for Jobs and level-up across the whole UK we build back better in a sustainable way.

“The measures set out in tomorrow’s Budget will boost Scotland’s transformation into a green energy hub, deliver on our commitment to Net Zero, and deliver a boost that cities and industry need.”

Scotland is expected to receive an investment boost that reenergises sectors such as infrastructure, aerospace, digital and tourism through the acceleration of £25.8 million in funding over the next five years for the Ayrshire, Argyll and Bute, and Falkirk Growth Deals. Reprofiling these deals so they are delivered over ten rather than 15 years will mean:

Designed to deliver on the Government’s Plan for Jobs and leverage industry strengths in local areas, these Deals continue to be delivered collaboratively with the Scottish Government through regional partnerships led by local authorities.

Treasury support to Scotland throughout the pandemic has included:

Press release issued by the Treasury 1/3/21