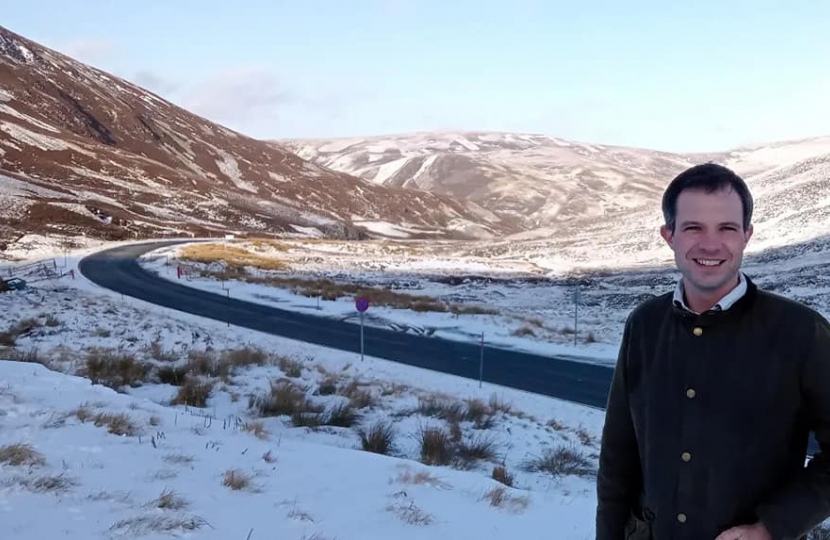 Glenshee could be frozen out by red diesel changes

Ski centres such as Glenshee should be saved from new "red diesel" legislation that would see running costs rocket, Andrew Bowie has said.

From April 1, use of red or rebated diesel and rebated biofuels will no longer be legal outside of a set list of activities, such as agriculture, horticulture, fish farming and forestry.

The UK Government recently confirmed other exemptions for licensed vehicles engaged in the likes of snow clearance and verge cutting.

But in a letter to the Chancellor Rishi Sunak, the West Aberdeenshire and Kincardine MP highlights “some organisations and sectors appear to fall through the gaps” on the exemption list.

One such example is the Glenshee Ski Centre in his constituency, which uses red diesel to power ski lifts, snow-making equipment and emergency services communication.

And while Glenshee hosts many amateur sports clubs, it is not one itself.

So the centre will need to use white diesel, a change that would see running costs soar by more than 75%.

“I welcome the many exemptions already being made for the farming sector, the use of farm vehicles to clear snow during winter, and it’s great that amateur sports clubs can still use red diesel for maintaining facilities.

"However, businesses like the Glenshee Ski Centre need to be given special consideration as well.

“The centre is in a remote location and access to alternative methods of generating power are limited.

"The recent storms have proven that the area in question is also susceptible to electrical power cuts.

“In the grand scheme of things, an exemption for Ski Centres would have minimal impact on the ambition of the legislation because of the small number of facilities it would affect.

“I hope that this special case can be considered and a serious look at including an additional exemption clause is taken." 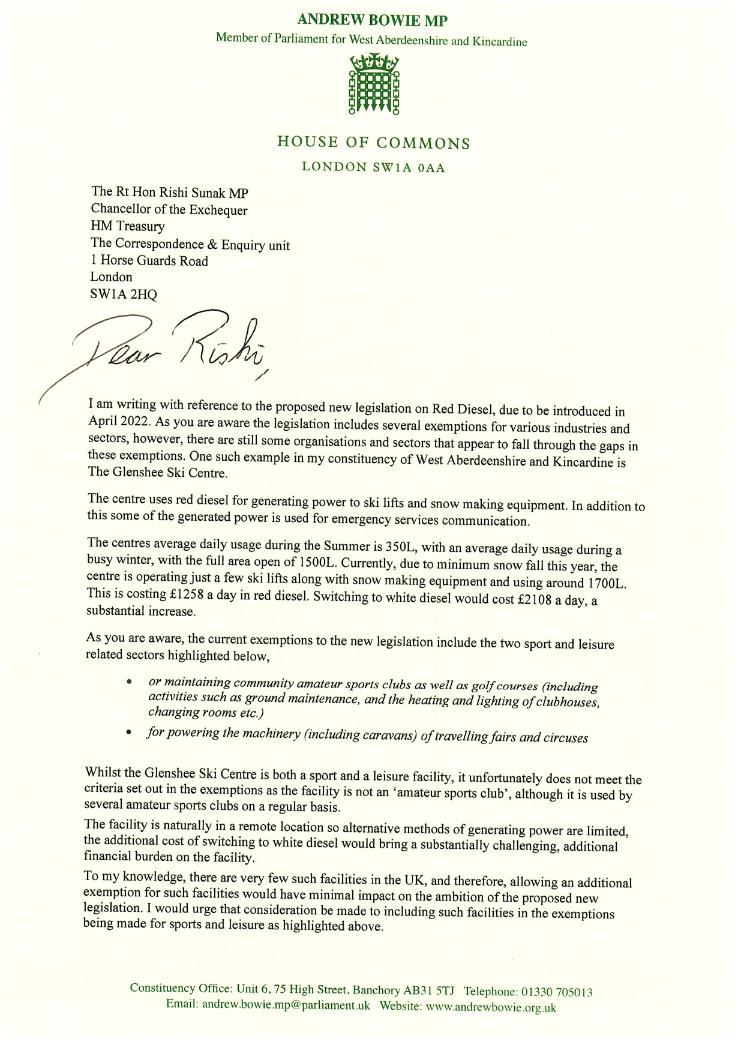