Political Pressure Leads to Pause on Digital Change Over 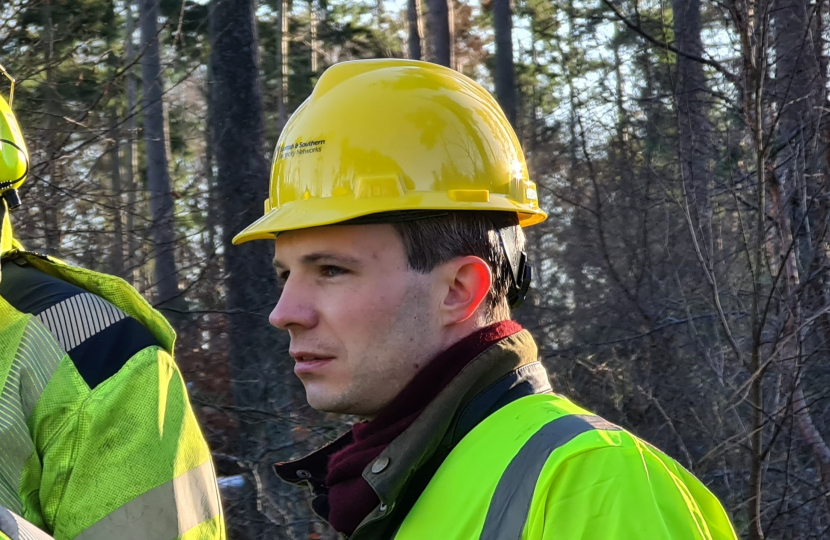 Rural households at risk of telecoms “blackouts” during extreme weather can breathe a sigh of relief after North East Conservative MP, Andrew Bowie received a commitment that the switch from analogue to digital phones will be paused whilst failsafe measures are put in place.

BT’s new Digital Voice service will replace ageing analogue landlines by 2025 but requires both broadband and power to work.

Mr Bowie has since written twice to BT, written to all community councils with his constituency, dealt with hundreds of individual residents and raised the issue in Parliament.

Following a meeting with BT on Monday, the MP was able to confirm that the provider has agreed to pause the rollout of Digital Voice and have taken on all of his recommendations for improvement.

“These weather events are often described as ‘once in 50 years’ or even ‘once in a 100 years’, but the reality is, we have had 3 severe storms in less than 6 months and 5 within the last few years.

“It’s clear they’re becoming more frequent and the communication and power networks need to be more resilient as a result.”

During the meeting representatives of the telecoms giant explained that the switch from analogue to digital was required as the analogue system uses 1970s technology, they advised that replacement parts are no longer being manufactured and engineers with the skills needed to maintain an analogue network are retiring. They claim that 2 million people are already on the system and have confidence that the digital system works.

“I completely accept that many people do have confidence in the system, but many do not, amongst those that don’t are often the elderly and vulnerable, especially those living in rural areas.

“These people were simply cut off, left scared, unable to communicate with loved ones or emergency services, that is in no way acceptable.”

Victory for the Vulnerable

Following intense pressure from Mr Bowie, BT have accepted that changes need to be made. They will now pause the rollout of Digital Voice whilst they review the resilience of mobile masts and install additional ‘backup’ generators.

They have also stated that whilst they have previously been unable to get a stock of battery packs, they are now moving to multiple suppliers to ensure improved availability and, will be looking at enhancing backup solutions, and longer lasting battery packs.

Crucially, representatives from BT admitted that “communication has not been right in a number of circumstances”, and that they need to be "much more responsive to elderly groups". They will now be working to make improvements in both these areas.

“This is fantastic news, it is a victory for the vulnerable, those who were most affected by the communication blackout will be delighted to hear that the message has been received and that improvements are going to be made.

“Pausing the rollout is the right thing to do until all the issues that Storm Arwen brought to our attention are resolved.

“It is vital that elderly and vulnerable residents have the confidence and assurance that they will not be cut off like this again, and that BT and others will be far more responsive in future.

Following tough questioning from Mr Bowie, it has been confirmed that the criteria for being considered as “vulnerable” not only includes age but also relates to those living in areas with no mobile signal, and that vulnerable people can receive free battery packs.

Additionally, the Telecoms provider has advised the North East MP that they intend to look at further options such as ‘dual network resilience’, a hybrid, cellular and landline Digital Voice phone is in the pipe line and they are also looking at a purely mobile based solution.

They have also reacted positively to Mr Bowies request for more collaborative and joined up working, stating that they intend to work with the energy suppliers to give mobile mast coverage prioritisation, ensuring faster reconnection to masts in the event of a cut.

“This is further great news for all those affected by the power cuts and the resulting communication ‘blackout’. I’m extremely pleased that BT have taken on my suggestions.

“Working together, jointly with the power companies to address prioritisation is essential going forward.

“I began dealing with this vital issue within days of the power cuts and I’m delighted to have confirmation that the matters I’ve raised over the past few months are now being fully addressed.