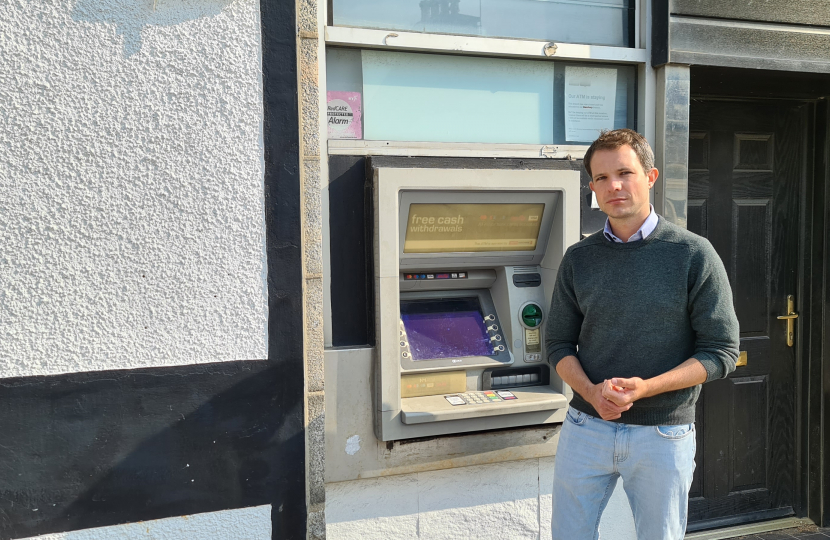 Conservative MP Andrew Bowie has written to the Chancellor requesting that legislation for protecting access to cash in rural areas be brought forward at the earliest opportunity. Such legislation was first mooted in the March 2020 Budget, however, two years on it is still yet to be introduced.

“I completely accept that since the Spring Budget in 2020 many other important issues have come to the fore, the pandemic being the most obvious.

“But the pandemic put an already fragile cash network under additional strain, whilst also proving the importance of localised access to cash in rural areas.

The MPs constituency of West Aberdeenshire and Kincardine saw 22% of its free-to-use ATMs vanish between August 2018 and December 2021.

Since first being elected in 2017 Mr Bowie has campaigned endlessly for better access to cash and against branch closures in towns and villages across his constituency including Banchory, Westhill and Alford. Following letters to, and meetings with TSB, Bank of Scotland, Clydesdale and most recently Virgin, he has now taken matters a step further by writing to the Chancellor, following a meeting they had a few weeks ago.

Access to Cash in Rural Communities More Important Than Ever

In the letter, Mr Bowie, who’s constituency is one of the largest rural constituencies in the country advises:

“Cash is still a crucial part of life, it helps many elderly and vulnerable people budget effectively and having access to it is vital, especially in rural communities.

“The current cost of living crisis and in particular the high cost of fuel prove that access to cash in rural communities is more important than ever.

With the Queens Speech on the horizon the MP has been contacted by hundreds of constituents calling for the legislation to be introduced as part of the Governments’ next programme for Government, as per the intention in 2020. And in his letter to the Chancellor Mr Bowie makes it clear that he agrees:

“There is no better time to implement this legislation, it was on the agenda two years ago and whilst I understand the delay due to other priorities, such as the pandemic, failure to help communities protect their access to cash could leave vulnerable people at crisis point and potentially impact negatively on local high streets.

“I was fully behind these proposals when they were brought forward in 2020 and would urge you to consider putting them back on the table as part of our programme next month. 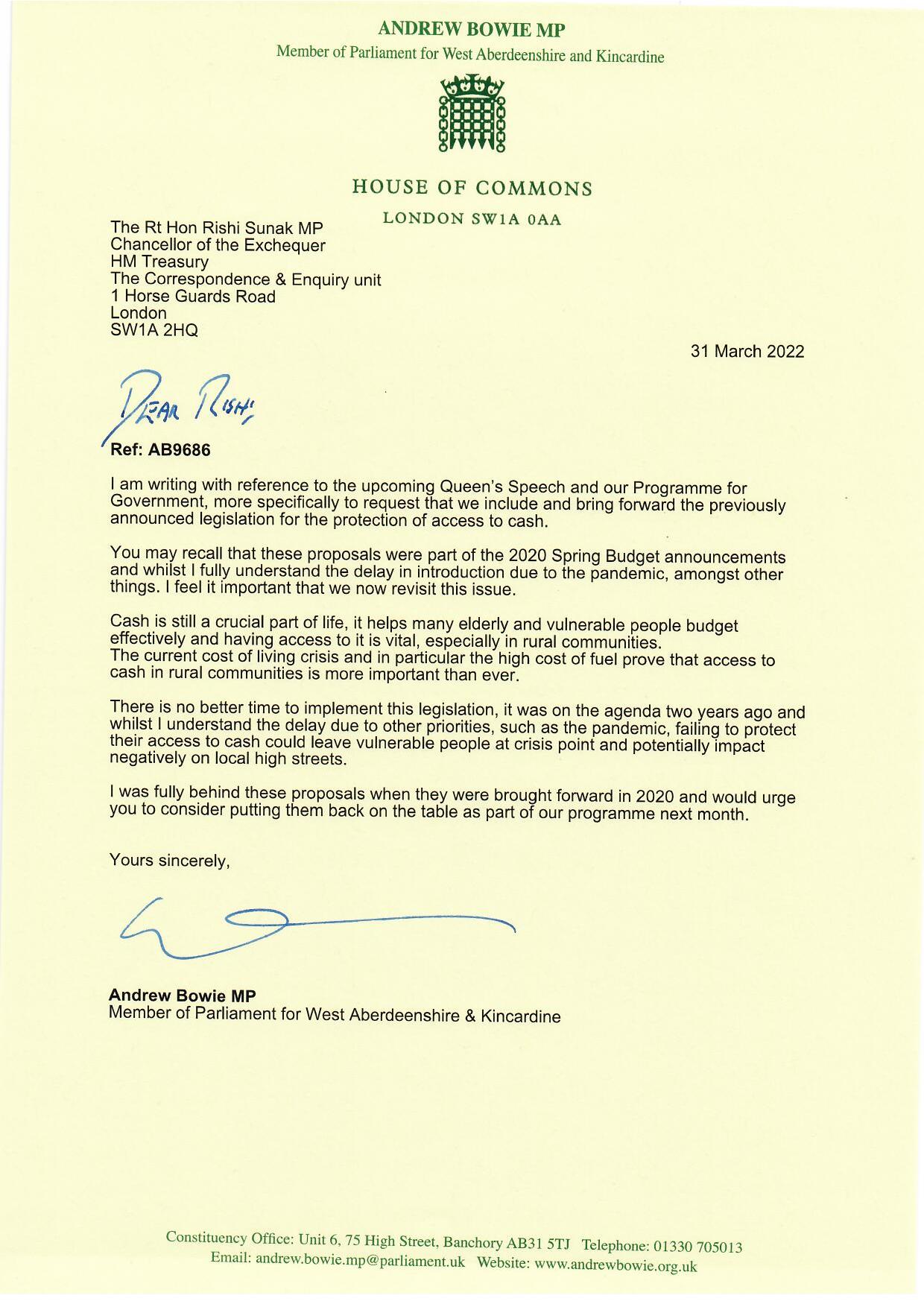