Thoughts from Andrew on the Situation in Afghanistan 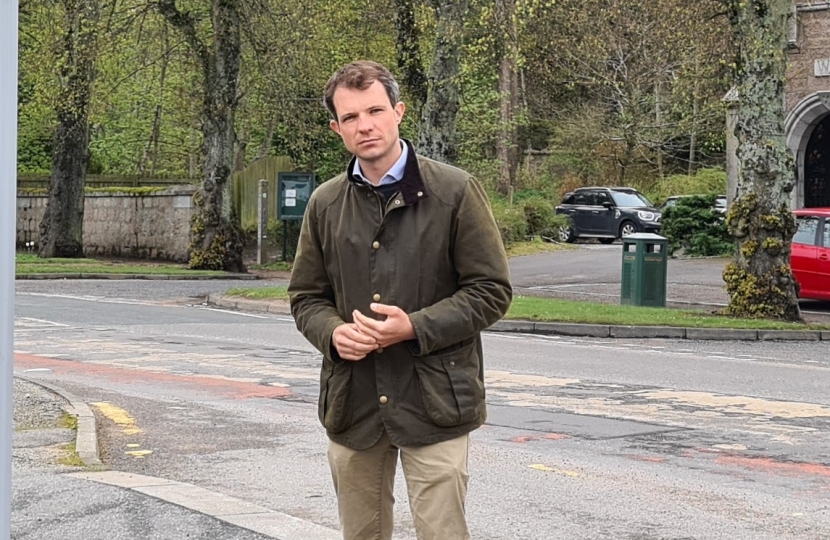 The events of the last few weeks are gut-wrenching. As someone who has had friends serve in that country and who thought they were building a better Afghanistan, I know how much the images are hurting our servicemen and women at this time. I think we are all disappointed by the American decision to withdraw in the manner in which they did and there are serious questions to be asked regarding the intelligence and the planning around the departure.

Most of all I feel for the ordinary Afghan men and women who face another period of Taliban rule.

The safety of British Nationals, deployed military personnel, and Afghans who risked their lives working alongside the UK for 20 years is the Government's immediate priority at this time. In recent days, the UK Government has implemented its contingency plans for evacuating British nationals and former staff in Afghanistan. 900 Military personnel have been deployed to Kabul, together with the Foreign Office Rapid Deployment Team – all of whom are working to support consular personnel and facilitate the safe passage of these persons out of Afghanistan. I commend these efforts and all involved.

And personally I have been involved in attempting to ensure the safe evacuation of a number of Afghan families to the UK.

As G7 President, the UK will work to unite the international community behind a clear plan for dealing with this regime in a unified and concerted way. The legitimacy of any government must also be subject to the upholding of internationally agreed standards on human rights and inclusivity. Andrew feels assured that the UK will continue to use its G7 Presidency as well as membership of the UN Security Council (UNSC) and NATO, and strong relations with like-minded regional partners, to ensure this is the case.

At the UNSC on 16 August, the UK called on the Taliban to do three things immediately: (1) Cease all hostilities and military action, to ensure the protection of civilians and to allow the safe and orderly departure of foreign nationals and others who wish to leave; (2) Commit unequivocally not to harbour or give safe haven to terrorists groups which endanger other countries; and (3) Honour their promises to protect and uphold human rights, including those of women, girls and minorities.

If the Taliban continue to abuse basic human rights, they cannot expect to enjoy any legitimacy in the eyes of the Afghan people or the international community. The Taliban have to understand that they will be accountable for that, and for any abuses that take place on their watch.

Last week I spoke during the debate on the Afghanistan crisis and said the following;

"As we sit talking here today, thousands of men and women are frightened for their lives and the lives of their families. Thousands of men and women who believed us and the entire West when, in October 2001, in the dark shadow of that awful day the previous month, that we were engaging in Afghanistan, in the words of president George W Bush, to defeat Al Qaeda, remove the Taliban from power and that, “the oppressed people of Afghanistan would know the generosity of America and our allies.”

They believed the words of our own Prime Minister Tony Blair when he told the US Congress that “We are fighting for the inalienable right of humankind - black or white, Christian or not, left, right or a million different - to be free, free to raise a family in love and hope, free to earn a living and be rewarded by your efforts, free not to bend your knee to any man in fear.

We have done great things over the last 20 years and our veterans can be incredibly proud of the things they have achieved in Afghanistan. But these words must sound hollow to the men, women and children huddled in the airport in Kabul at this very moment.

Just about every MP in this place is in some way involved, I am sure, in trying to get people out of that country.

Among them is a man, the name of whom I will not share for obvious reasons, a man who worked for the British Government. Who has certificates and commendations from the Coldstream Guards, the Royal Air Force, a certificate thanking him for his service in the year of Her Majesty the Queen’s Diamond Jubilee. He believed in us. In us and the American mission. He believed in our mission to rebuild Afghanistan from half a century of bloodshed.

Right now that man is sitting with his entire family at the airport in Kabul. Him, his wife, his four children and his 73-year-old mother. His wife, his kids and he were offered safe passage out of the country but was told his elderly and vulnerable mother would not be allowed to travel with them. Late on Monday night he had to make a choice…to leave with his wife and children and leave his ageing and vulnerable mother behind to whatever fate might befall her, or to stay behind.

He took the terribly difficult decision to stay. The last I heard was that he was still assisting British troops at the airport and with the help of a charity that his brother works for, is reapplying for ARAP status for his entire family. This man was only in the airport because he was assisting British nationals evacuate the country.

I have but the highest admiration for our amazing men and women in the FCDO and MOD. These have been incredibly trying times. And they have all the details of this case and I know they are working hard to get this family out.

But I will not stop trying to assist this man as I know many members of parliament are doing for many others.

In the last few days the belief in the West has been shaken. But it has not died. In America and here in the UK, not least in our excellent Secretary of State for Defence and all his staff, we have seen examples of people who still believe in the good we in the west can do and we should never forget that."