US Suspends Tariffs on UK Goods - Including Whisky 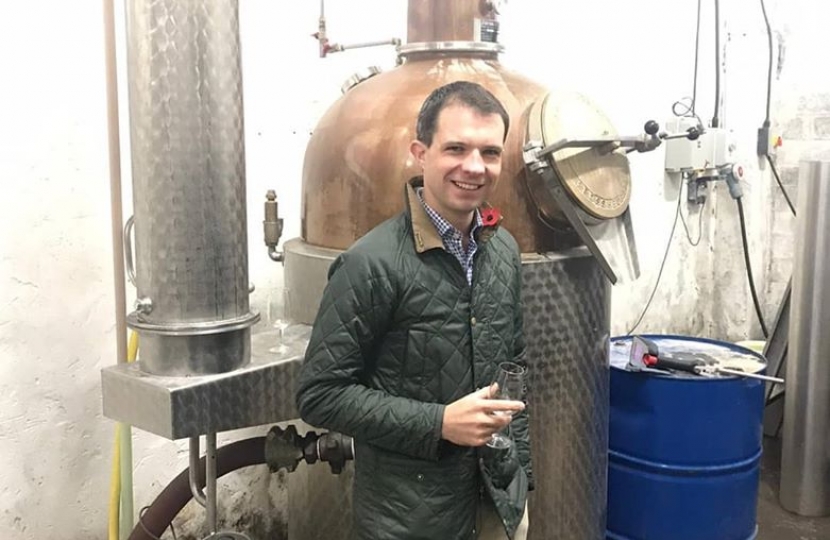 The UK and US have agreed a new joint approach to the longstanding trade conflict over aerospace tariffs.

The United States will temporarily suspend all retaliatory tariffs on direct exports from the UK to the US resulting from the Airbus dispute for four months, in an effort to reach a negotiated solution to the 16- year long dispute. This measure will come into force on Monday 8 March, backdated to today (4 March).

In 2018, the year before the tariffs were imposed, the US imported around £550m of goods affected by these measures from the UK. The tariff suspension will help protect jobs on both sides of the Atlantic in industries who have been targeted by these unfair tariffs, particularly Scotch whisky. Scotch was the UK’s largest food and drink export in 2020, and exports of single malt Irish and Scotch whiskies to the US were worth around £340m in 2018.

This follows the UK’s decision to suspend Boeing tariffs against the US from January, a show of good faith which ensured the UK was not hit by further tariffs and allowed both countries to work on ending the dispute and focus on deepening our future trading relationship.

Local MP Andrew Bowie has hailed the suspension on Scotch whisky tariffs as "a huge boost to the spirit" for north east distillers.

Negotiations between the UK Government and the new US administration mean tariffs on the products will be suspended for four months, backdated to March 4. The period of suspension will be used to hopefully reach a permanent end to the products being hit by US tariffs of 25 per cent.

As part of the Conservative group of Scottish MPs, Mr Bowie successfully argued for consecutive spirit duty freezes at the heart of government and worked alongside the All-Party Parliamentary Group on Scotch Whisky to support the industry’s development.

The MP for West Aberdeenshire and Kincardine said:

“There is a worldwide appetite for exquisite spirits and other produce made in Aberdeenshire, which allows for the fantastic expansion currently being undertaken at Deeside.

“There are distillers of every size and shape in this part of the country, such as Royal Lochnagar, Fettercairn, Deeside, Lost Loch and many more.

“That has been supported and grown by this UK Government, first in freezing duty and now a suspension of these hugely damaging tariffs.

“The dispute has gone on for far too long and these industries have been disproportionately punished for a disagreement between the US and the European Union that they played absolutely no part in.

“This suspension is a huge boost to the spirit and the focus is now on finding a permanent solution.”

Mr Bowie will continue to work closely with his colleagues in the UK Government in the coming months in order to deliver a permanent solution that will allow Scottish industries to be able to export their products freely going forward.

From Scotch Whisky distillers to Stilton-makers, businesses across the UK will benefit from the US decision today to suspend tariffs in this dispute.

It shows what the UK can do as an independent trading nation, striking deals that back our businesses and support free and fair trade.

I now look forward to strengthening the UK-US relationship, as we drive economic growth and build back better together.

This is great news for the Scottish whisky industry – a cornerstone of Scotland’s economy.

The UK Government has fought incredibly hard on this issue, petitioning the highest levels of the US administration to remove tariffs which were harming our Scottish exporters.

We are very pleased to have negotiated an agreement to lift tariffs temporarily, and will use this four month window to bring an end to the trade dispute.

I look forward to our close trading relationship with the US going from strength to strength, opening up new opportunities for Scottish businesses.

The Department for International Trade will continue to engage with the US to agree a fair settlement to the dispute, that removes punitive tariffs and works for the whole of the UK.

This announcement will protect jobs across the UK – as well as Scotch whisky producers, it would also benefit businesses including:

The UK will continue to engage with the US to agree a fair settlement to the dispute, that permanently removes punitive tariffs and works for the whole of the UK. This would benefit the UK’s aerospace industry which employs people across the country, including Wales, Belfast and Sheffield.

The government reserves the right to re-impose tariffs at any point if satisfactory progress towards an agreeable settlement is not made.

On a separate track, the UK and US are continuing to work towards an ambitious trade deal, which could eliminate almost £500m in tariffs on UK exports to the US.