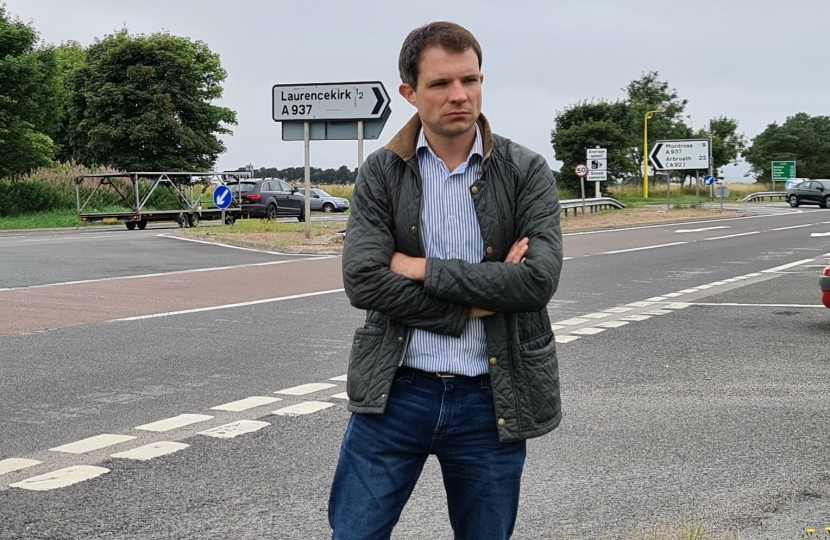 Andrew is pleading for former HGV drivers to get back behind the wheel to help deal with the ongoing fuel crisis and says it is needed to help get Britain “back on track”.

It comes as the UK Government announced it has put the army on standby to drive HGVs to help deal with the crisis. However, Andrew did say that he “fully expects” the fuel crisis to ease off in just a couple of days.

Andrew said: “The government is taking all the steps necessary to make sure supply continues to get to forecourts.

“The responsible thing to do is to ensure the army is prepared to step in where necessary.

“No one wants to see the army driving HGVs across the country but we need to take action, and people expect the government to take all steps necessary.

“The decision over the weekend to allow temporary visas for drivers from the EU is vital.

“We are also taking steps to ensure HGV drivers who have left come back.

“I would encourage anyone who has been a HGV driver in the past to come back to assist us in this difficult time to make sure Britain continues to get back on track.”

He added that the temporary visa scheme to get HGV drivers from the EU into the UK to help with the driver shortage is a “temporary fix” to “get over the bump in the road”, and said that long-term the working conditions and pay need to improve to encourage more people into the sector.

Andrew went on to say “There is no shortage of fuel in the UK – we have enough fuel for normal purchasing patterns.

“But we saw in a statement from major UK fuel providers that we expect the situation to ease off in the next few days and I fully expect that to happen.

“No one is denying the events that lead to this difficult situation and we have been working hard on every level to ensure we continue to move forward.

“But you can’t say it is a long-term problem that’s been building up and then on the other hand blame it on Brexit which only happened a year and a half ago.

“There are other consequences, not least a global pandemic.”

However despite this reassurance he also says key workers should be prioritised at the pumps if the fuel crisis does continue adding: “I want to thank the vast majority of Scotland for acting normally and rationally.

“Quite a few stations I drove past yesterday had no queues at all, so most people are doing what they have been asked to and only filling up when needed.

“People who desperately need fuel to do their jobs which are key to the country should have priority at petrol stations if this goes on longer than expected.”