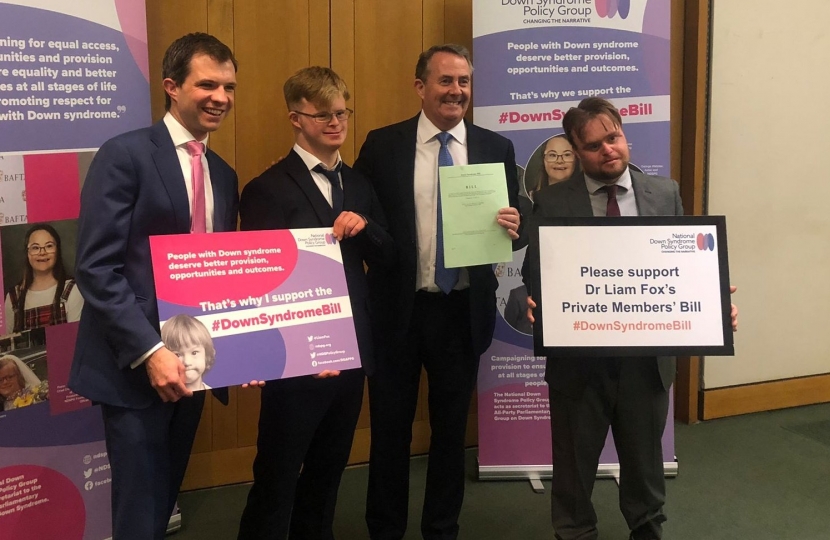 Andrew has backed a Parliamentary Bill that could transform the lives of people living with Down syndrome across the UK. The Down Syndrome Bill has been introduced by Dr Liam Fox and will have its second reading in the House of Commons on Friday. (November 26). Dr Fox said the prospective Down Syndrome Act 2022 would be the first legislation of its kind in the UK and internationally.

The bill has three clauses, forcing education, health and local authorities in England to take people with an extra chromosome into account when providing services. It has been welcomed by the charity Down’s Syndrome Scotland over hopes that it will establish a national strategy

"I am delighted to be supporting the Down Syndrome Bill. Although health and education are devolved in Scotland, this first-of-its-kind legislation will undoubtedly drive change in all parts of the UK – putting people with Down syndrome and their families at the heart of decisions, rather than leaving them as bystanders."

"For the first time, people with Down syndrome are beginning to outlive their parents. If we do not make provisions for this then there will be tragic consequences in social care. Not only do we have an opportunity to address this situation, but we can go much further ensuring those with Down syndrome can access the same services as everyone.”

The National Down Syndrome Policy Group has launched a new campaign in support of the Bill. Many of those taking part have shared photos of their children on social media to help send a strong message about the importance of the Bill.

Actor and CBBC presenter George Webster said: “I would like to see the Bill becoming law, then I think everyone like me with Down syndrome will get better healthcare, more access to services and be more included in society. It is possible. It happens for some now, but it shouldn't be a lottery."

BBC's Line of Duty actor Tommy Jessop said: "Everyone needs help now and then. We just need chances in life like anyone else."