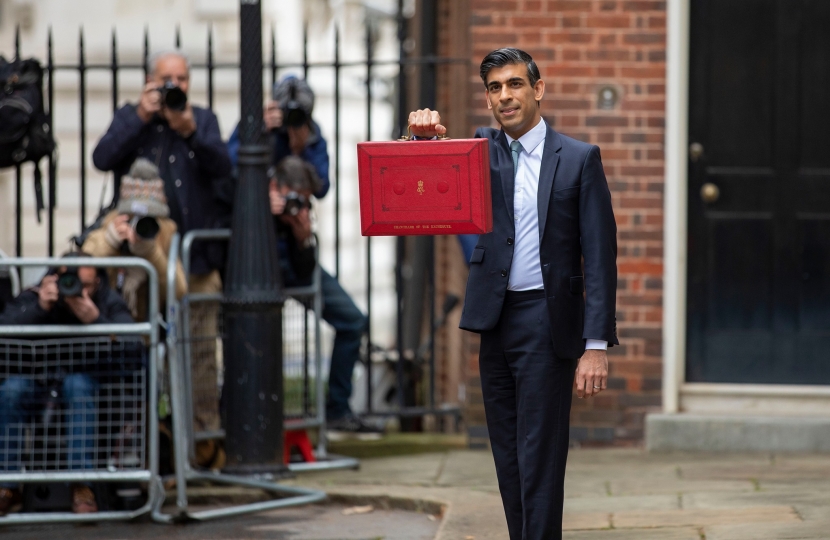 A host of measures announced by Chancellor Rishi Sunak includes an increase of £4.6 billion to £41bn for the Scottish Budget next year.

Mr Bowie said distilleries in his constituency will be boosted by another yearly freeze for spirit duty.

And the Conservative MP also welcomed the first details of the Levelling Up Fund, which is worth £170m to Scotland this year, including £20 million for Aberdeen City Centre regeneration Master Plan.

Domestic flights from and to Aberdeen Airport will also see a 50% reduction in airport passenger duty, meaning cheaper fares, balanced by an increase on long-haul international flights. Fuel duty has also been frozen for the 11th year in a row.

“The Chancellor has delivered an inspiring and aspirational statement which protects jobs and boosts the economy as we recover from the pandemic.

“It will provide the conditions for world-class public services and the impetus for future growth across the UK.

“Actions by this Conservative government have protected jobs and hardworking families, and measures like cutting APD at Aberdeen will boost business and make it easier for travel across the UK.

“And there will be phenomenal spending power available for the next Holyrood budget, which must be spent on public services, improving education and decreasing inequality across Scotland.

“That must result in a fair deal for Aberdeenshire Council and NHS Grampian, who currently receive millions less from Holyrood every year than if they were in the Central belt."

Mr Sunak said in his statement:

“Whilst today demonstrates the indisputable fiscal benefit of being part of the United Kingdom, this is, and always will be secondary to the simple truth that we are bound together by more than transactional benefit.

“It is our collective history, our culture and our security. We are and always will be one family, one United Kingdom.”

Andrew has welcomed the intervention of British Armed Forces after Aberdeenshire Council submitted a request for support in aftermath of Storm Arwen.