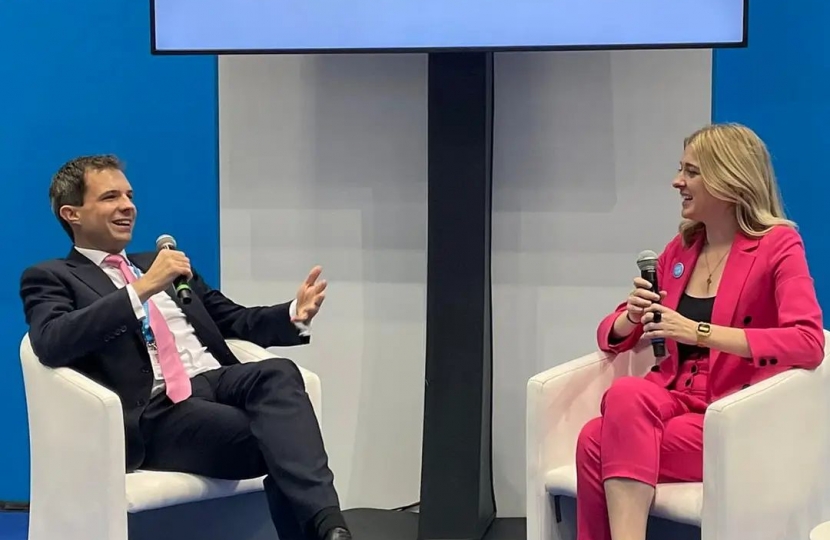 So, that was that! Party Conference over for another year. And after a years hiatus, it was so good to see and catch up friends that many of us hadn’t seen since before the 2019 election.

Of course, conference is a lot of fun- Michael Gove’s dance moves and my victory in the egg and spoon over The Times’ Kieran Andrews (accidentally broadcast live on BBC2) are testament to that! And yes there are many receptions and parties that last well into the night.

But, running through this conference was a serious message- that now we are beating COVID into submission, now that we have successfully rolled the vaccine across the country, it is time to turn jabs, jabs, jabs into jobs, jobs, jobs. That we have to be serious about levelling up this country if we are to address the huge inequalities we see in it. And that we need now, the British people expect us now, to get on with that job.

I spoke at over thirty events and fringes in Manchester (yes I am exhausted) on everything from the climate emergency, to education and schools and Global Britain and its influence in the world.

I was also incredibly proud to launch the book I edited, along with the Centre for Policy Studies, ‘Strength in Union, the Case for the United Kingdom’ which is a collection of essays by leading members of the party, from Theresa May to William Hague, old intakes and new 2019rs, from all parts of our Conservative family and all countries in the United Kingdom.

When Michael Gove spoke at the packed launch event, he said I was responsible for putting the Union at the heart of this conference and this party. I dispute that. Preservation of our union has always been a the core of what we believe and what we fight for as a party, it’s just that sometimes we aren’t too good at explaining why.

That is why I felt this book was so important. People know we are unionists, we must now move on and develop that positive case for our union; and we must do it now.

The electronic version of the book can be found at this link- https://www.cps.org.uk/research/strength-in-union-the-case-for-the-united-kingdom/

And so now, it’s time to get on with the job here in West Aberdeenshire and Kincardine. Yes, we face a difficult few months and I know many people out there will be worried about the rising cost of energy, petrol and the uncertainty that abounds with our emerging from the pandemic, but I am determined, with my amazing team, here in the constituency, to do everything I can to help you and fight for that better future.

One last note on conference. It was often remarked how young conference felt. As the Vice Chairman with responsibility for young people in our party, I was so heartened, encouraged and proud to see just how many young people did attend in Manchester- our highest proportion of young members at conference ever, and boy did they make their presence known.

This party is a party for this generation and the next. We have thousands of engaged and enthused young members. We owe it to them and all others off the generation that has been hurt most by lockdown, to deliver on the Prime Ministers vision of a United Kingdom- fairer, more prosperous and United, than ever before.

Thank you for your continued support,