Budget 2021 - Backed by the British Public 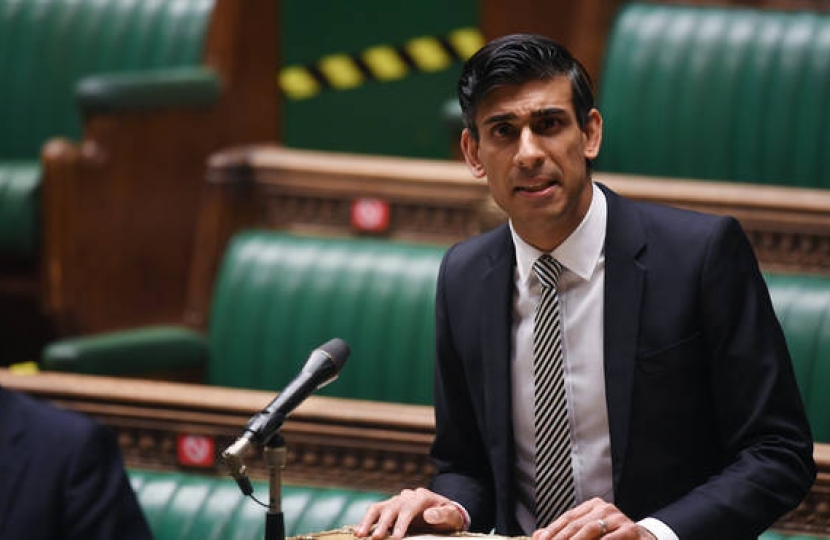 Chancellor Rishi Sunaks budget, which he delivered on Wednesday, has been overwhelmingly welcomed by the British public according to snap polling.

The British Governments budget, described by Andrew Bowie MP as "A budget for the whole of Britain" included amongst the many announcements were an extension to the £20 Universal Credit Uplift. An extension to the Furlough scheme (which has already saved a million Scottish Jobs). An extension to the VAT cut for hospitality and leisure businesses. Further grants for the self employed. A freeze on fuel duty. And a freeze on alcohol duty.

In terms of Scotland specific announcements the chancellor has so far provided 13.3 Billion of funding to Scotland since the pandemic begin, including 1.2 Billion announced on Wednesday. £25 Million was announced for Scottish Growth Deals and locally, £34 Million for Aberdeen and the North East (details of which can be found on this website, Budget 2021 - Thursday 4th March).

Whilst both the SNP and Labour have somehow found a way to be negative about this weeks budget, the British public have endorsed it, showing once again how both the Nationalists and Socialists are out of touch with the Electorate.

52% of the British public approved of this weeks British Budget, whilst only 12% disapproved.

46% of the British public support the budget, whilst only 11% oppose it.

Those polled also thought that September was the right time to end Covid support with;

The snap public polling and business reaction to this weeks budget clearly shows that the Chancellor and UK Government are in tune with the British Electorate and British Business.

Reacting to the freeze on alcohol duty the The Scotch Whisky Association said it is ‘good news for hospitality.’

Karen Betts, chief executive of the SWA said: ‘The freeze on duty announced by the Chancellor is good news for hospitality and gives distillers some breathing space in the face of some of the worst trading conditions anyone can remember - caused by a combination of US tariffs, the coronavirus pandemic and the end of the Brexit transition period."

Within 24 hours of the budget, the news broke that the US had also agreed to suspend tariffs on a range of UK imports including Scotch Whisky.

In response to the announcements on Furlough and Hospitality Support The Scottish Tourism Alliance said the extension of Rishi Sunak’s furlough scheme will be ‘welcomed by businesses across the sector.’

Marc Crothall, chief executive of the Scottish Tourism Alliance said: ‘The extension of furlough until the end of September will be welcomed by businesses across the sector and relief will be felt by the many thousands of employees on furlough, given that Scotland’s tourism industry may not open fully until the summer months… Overall, it’s a supportive budget but it is absolutely vital that businesses who have been hardest hit and will be last to open are given a realistic and supportive timescale to enable sustainable recovery for the sector.’