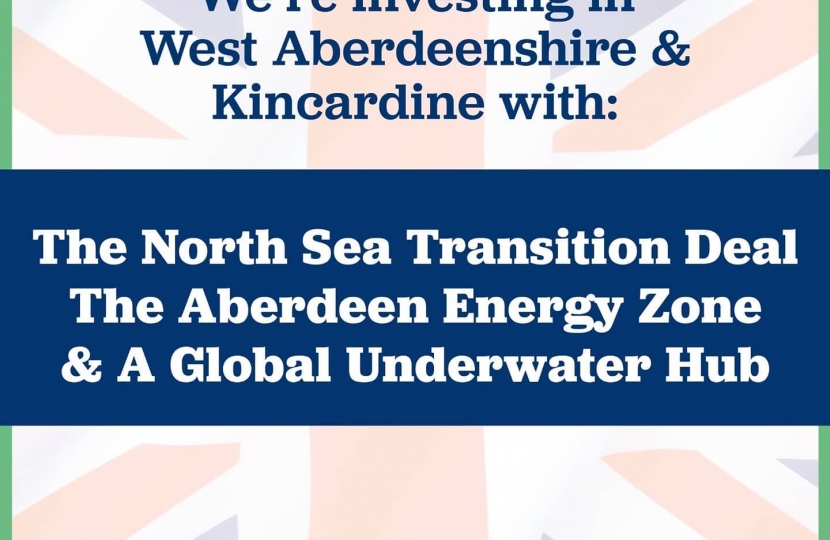 Including £1.2 billion announced in today’s budget, the UK Government has delivered £13.3 billion for the Scottish budget since the pandemic began.

And in exciting news for the north east, Rishi Sunak committed £34 million for the region's green recovery:

We called on the Chancellor to deliver:

All of those asks have been met, and more:

Throughout the pandemic, the UK Government has taken swift and decisive action to protect nearly a million jobs and tens of thousands of businesses across Scotland – it’s time for Scotland’s government to work together to recover from the pandemic and rebuild Scotland.

The UK oil and gas industry has welcomed some of the measures announced by the Chancellor in today’s Budget, adding that now close cooperation with the sector is essential to maximise its world-leading expertise and assure a successful green energy transition.

The leading representative body for the sector OGUK said the combination of taxation and investment measures offers a potentially strong route to transition energy and employment ahead of the much anticipated and crucial North Sea Transition Deal that we are negotiating with Government.

“We welcome the measures around supporting green energy innovation set out by the Chancellor in his Budget Statement today.

“We look forward to engaging with his department on the review of Research & Development tax relief, which can be a key driver of success in the field of green technology.

“The investment towards the Aberdeen Energy Transition Zone, Global Underwater Hub and Hydrogen Hub in Anglesey are encouraging starts to this country’s journey to a low-carbon future that also supports climate goals, employment and energy security.

“Central to all of this is the North Sea Transition Deal reaffirmed by the Chancellor today. Having powered the country for over 50 years, the UK’s oil and gas sector’s energy expertise is crucial to developing the green innovation required to see the UK achieve net-zero emissions by 2050.

“Designed properly, the Deal should be an exciting blueprint to meeting that goal, whilst creating tens of thousands of high-quality jobs and attracting billions of pounds of investment into parts of the country that need it most. We look forward to successfully implementing it in partnership with the Government and making the UK a global hub for green energy technology.”