"Cameron and His Modernising Agenda Inspired My Generation, Who or What Will Inspire The Next" Andrews Article for Conservative Home 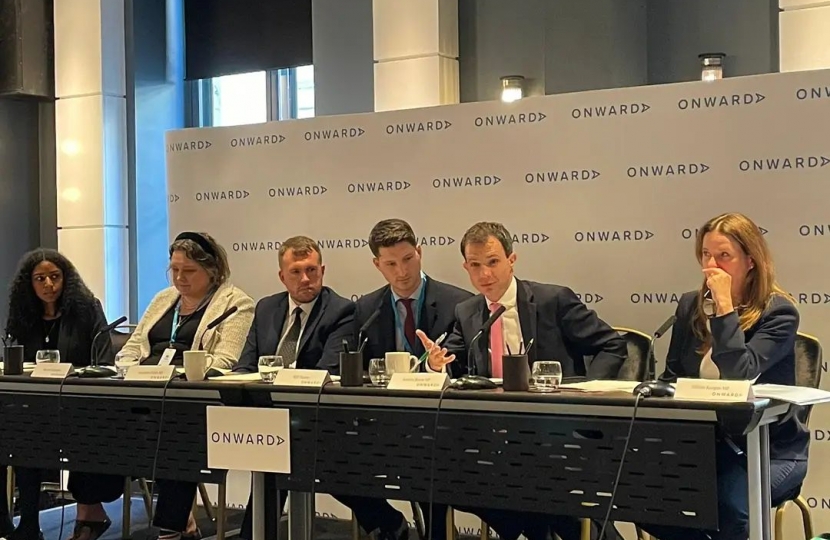 My political life has been dominated by referendums.

By arguments over national identity.

This is not why I got into politics. I joined the Conservative and Unionist party, not because I was a unionist - Scottish separation was just not an issue back then - but because I am a conservative.

But I would never have joined had it not been for one man, David Cameron. I joined the Conservative Party because I believed in the modernising agenda that David Cameron brought. Because I thought you could believe in free markets, private enterprise, personal responsibility, aspiration, fiscal responsibility and low taxes - whilst also believing we have a responsibility to act on man-made climate change; that two people in love, whatever their gender, should be able to marry; that the NHS was an institution to be as proud of as the British Army; and that our response to mental health could be better than simply asking people to keep a stiff upper lip. Cameron represented a modernising force that redefined centrist politics and left Labour - and the SNP at the start of its dynastic crumble - struggling to find relevance.

I was three weeks too young to vote in the 2005 General Election. Thank goodness, because I had absolutely no idea who I would have voted for! It was just after this, whilst waiting to join the Royal Navy, I found myself working at my local Morrisons Supermarket. I loved it. I still miss it.

And one day, whilst waiting to start my shift, sitting in my dad’s car outside the store, I listened, in awful quality to Radio 5 Live's coverage of David Cameron winning the leadership election (DAB in a car was a dream back then). And I knew then that the Conservative Party was my party.

Because for me, David Cameron spoke to my generation. A generation that couldn’t remember Thatcher, but was born when she was in Downing Street. That grew up through the Blair years, entered the world of work through the Brown years and suffered, as we did, the financial crisis. Are old enough, just, to remember a pre-internet age but that were the first users of Facebook and YouTube; to remember when going for a night out meant waking up the next day reeking of the stale smoke of the club the night before. That thought playing "snake" on a Nokia **** or owning a Tamagotchi was the limit of technological advancement. That had the terrifying experience of, shock, actually speaking to a girl or guy before going on a date.

We grew up in a different age.

My point is we, my generation, the “Cameroons”, are about as far removed from the lived experiences of young people today as Michael Howard or Iain Duncan Smith were from my generation and our values, concerns and dreams in the mid-2000s.

And, to go back to the start of this piece, I wonder if our focus particularly in Scotland on national identity or referendums, has got in the way of our recognising that, as we in the political and commentariat class re-fight, as nauseam, the battles of 2014 and 2016, there is a whole new generation out there in the country we are not speaking to.

A generation who have never known a world without social media, on whom the demands to look, speak or act a certain way have never been more demanding. Who are being asked to define themselves in ways even I don’t fully understand.

A generation who, just as friends of mine fought the battle for equal marriage, now fight for recognition of Trans rights. A generation for whom owning a house is simply unimaginable. And a generation who have had their whole lives turned upside down, put on hold, due to our actions in locking down the country last year to combat the pandemic.

I have been saying for a while now that the current generation of 18-25s have been more affected, not physically or medically, but mentally and socially by the pandemic than any other. School life on hold. Travel banned. The work place closed down. University or college experience changed beyond recognition. The simple pleasures of going out and - shock - dating, banned.

But I hadn’t fully understood the sheer enormity of the impact until I had the privilege of speaking on a panel, organised by Onward and Speakers for Schools at Conservative Party Conference alongside a 17-year-old who *should* have sat her GCSEs last year.

The words she used - prison, hopelessness, despair, trapped, abandoned - to describe her experience of being in education over the past year and half was so powerful it brought some in the room to tears. It was the best speech at Conference by far. And it gave me pause for thought.

We have an obligation, a responsibility to these young people. We, who took the decisions that put their lives on hold, must reach out, must listen, must start engaging and talking about the issues that affect them. We cannot assume we have the answers if we do not even know the questions to ask. We cannot, for example, blithely talk about changing the student finance model without understanding the fear and worry this causes for students aspiring to a university education but who know their parents can’t afford it at the minute.

So that is the challenge I lay at the feet of my colleagues in the Conservative Party. Talk to this generation in the way that Cameron spoke to mine. Engage, challenge and be challenged. If we do, we reap the rewards and change this country. If we don’t, we risk becoming as irrelevant and out of touch as the male, pale and stale Tory party of the late 90s and early 2000s felt to me.

If we don't others will, who conflate values and issues with national identity. Or others who simply weren’t in power when the decisions were taken. We cannot afford for that to happen.