Churches to Work Together to Support Ukraine 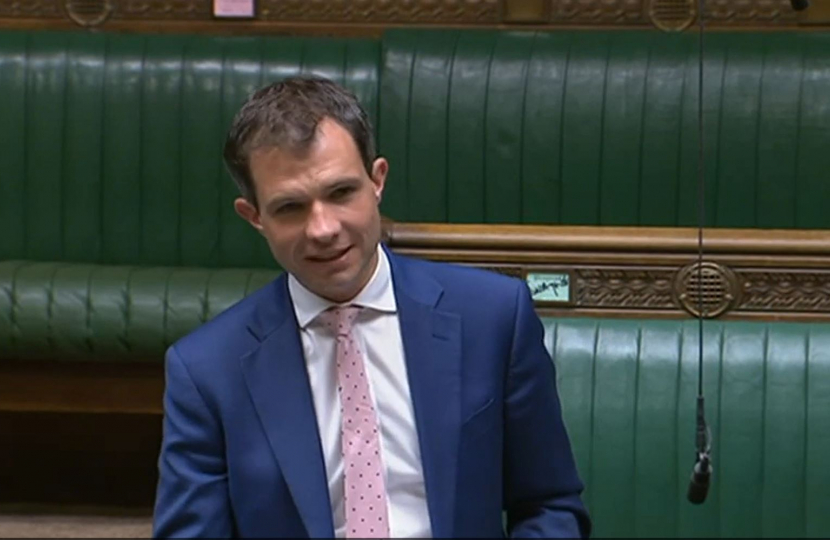 Close co-operation between churches in Scotland and England could boost humanitarian efforts in Ukraine as Putin’s forces continue their aggression in the country, a North East MP said today.

At Westminster, Andrew Bowie credited the close working between the Church of Scotland, Church of England and others, under the terms of the Columba Declaration signed in 2015.

The agreement marked partnership on topics such as poverty and refugees, and the formation of the first Churches’ Mutual Credit Union for low-income families.

In a question to the Church Commission at Westminster, the West Aberdeenshire and Kincardine MP asked whether the faith groups had agreed on an approach to the situation in Ukraine.

“The Columbia Declaration set out where the churches of England and Scotland could allow close and growing cooperation on a multitude of areas, including where mutually supportive work between the Church of England's Mission and Public Affairs and the Church of Scotland Church and Society Council could work to support refugees.

“So in the light of what is happening in Ukraine, might I ask my honourable Friend, if there's been any discussion on cooperation in this under the terms of the Colombia Declaration, that means the two churches might pool resources and effort to support the refugees fleeing that terrible situation in Ukraine?”

“I can reassure him that the two churches have already been in touch with each other about supporting Ukrainian refugees.

“And they will continue to share experience and to consider carefully whether joint action may be more effective as the situation develops.”

“As well as sharing ecumenical matters, the churches of Scotland and England have a wealth of experience, volunteering and fundraising potential to provide aid where it’s needed most.

“As the UK continues to support our friends and allies in Ukraine, it’s important that all parts of society pull together against Putin’s unprovoked and appalling aggression in eastern Europe.

“They have an important role to play in helping to show the world that love and peace will win over hatred and war.”