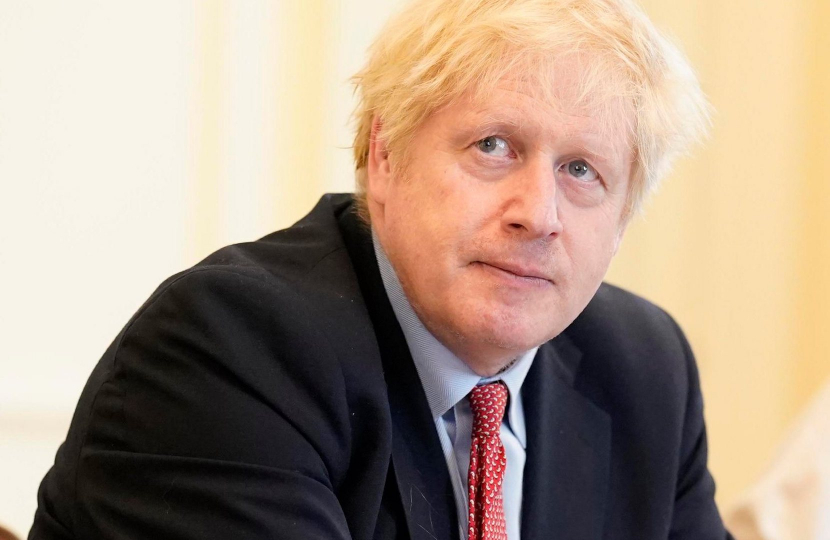 Five years ago, on the 8th June 2017, I was elected as your Member of Parliament.

As such it means our constituency, and its predecessor, Kincardine and Deeside, has now had its longest continuous Conservative representation in the House of Commons since Alick Buchanan Smith who served from 1963 until his death in 1991.

I was reminded of this fact this week when the Aberdeenshire Conservative Chairman, John Duncan, came to London to receive his MBE for services to Politics. John has supported Conservative candidates in every election in our constituency since 1970, beginning with the great Alick Buchanan Smith. He was in fact my agent in 2017. And remains Chairman of the Conservative association today. So in comparison to John, and Alick, in terms of years served, I have some way to go!

I do not take this honour for granted. From the age of 10 until I was 30, Scotland had a total of one Conservative MP. I know many people lent me their vote in 2017. And despite our constituency being strongly remain in the Brexit referendum and my reduced majority, I know many of you, once again, put your faith in me in 2019.

For that I will be forever thankful and know that it is on your support that my continuing in this most privileged role depends. Thank you.

Many of you have asked and many more will be wondering why I took the decision to vote against the Prime Minister in the confidence ballot this week.

I did not vote lightly against Boris. I hold no personal animosity towards the Prime Minister at all. He has, at all times, been kind, courteous and good natured in our dealings – appointing me Vice Chairman of the Party on his election in 2019.

And I have, until this week, remained loyal and supportive of him and the Government. I remain loyal to the Government and to my party. And as long as Boris Johnson is leader of it, I will support his legislative agenda and plan for our country.

But when faced with the choice, one I would not have chosen to make at a time that was not appropriate given the continuing war in Ukraine, I could not choose to give my confidence to the Prime Minister given the continuing anger in West Aberdeenshire and Kincardine, indeed, around the country, on the issues of the past few years. And because of some of the decisions of his Government on various issues in recent months- including the imposition of a windfall tax on the North Sea.

And so I did feel, when presented with the choice, that a change was needed.

That was Monday. And while I do not resile from my choice, I recognise that we do now need to focus on delivering for the country- during one of most challenging periods for the British people since the end of the second world war.

I have, in my five years, already seen a confidence vote and a protracted leadership challenge. I know how damaging and distracting they can be, and whilst, as I say, I do not in any way resile from my vote- cast with the interest of my constituents in mind, it is on them and to the future prosperity and success of West Aberdeenshire and Kincardine that I will be focussing my attention, not on the internal politics of Westminster nor the Conservative Party as we move forward.

And so I thank you, once again, for your continuing support.