Crathie Kirk Service in Commemoration of Duke of Edinburgh 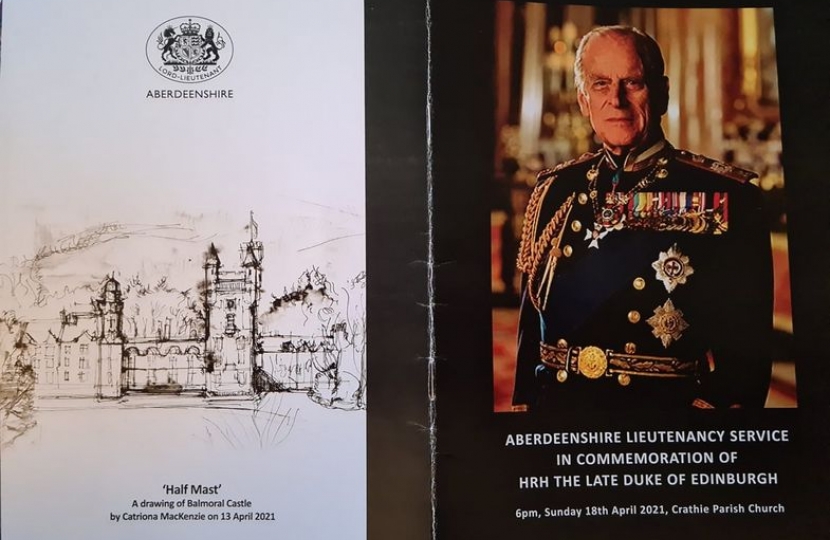 Andrew attended a service in memory of the Duke of Edinburgh at Crathie Kirk yesterday (Sunday), following his funeral on Saturday afternoon. The Kirk was where the Late Prince Philip attended services alongside the Queen on a regular basis when staying at Balmoral.

"Privilege to join with other Aberdeenshire representatives and local residents at Crathie Kirk this evening in commemoration of the Late Duke of Edinburgh. Local fiddler Paul Anderson's moving new piece in memory of His Royal Highness was a fitting way to end the service. The North East mourns one of its own."