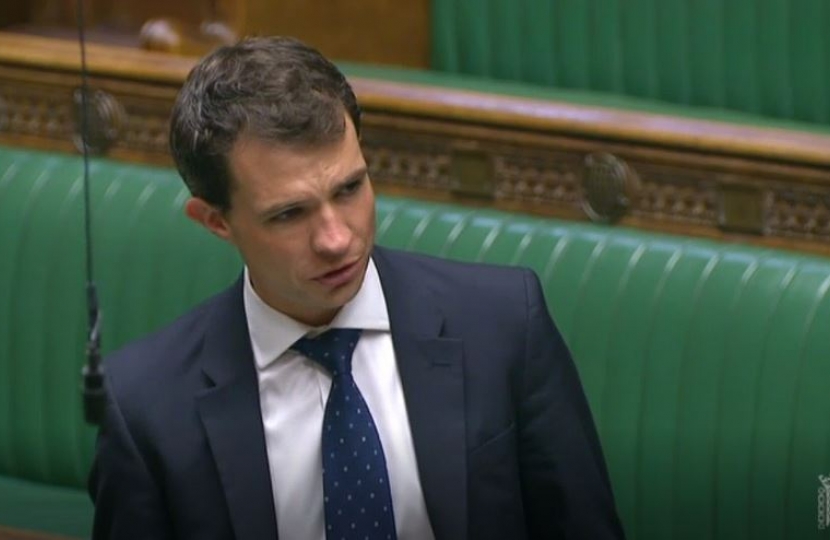 You can read Andrews speech below -

Madam Deputy Speaker, it is incredibly interesting that the SNP have chosen not to have any representation in this debate. Their benches are deserted.

Now, that could be because today’s opposition motion deals entirely with investing in young people in England – and the SNP may have decided to take a principled stand in not involving themselves on matters that don’t affect their constituents, unlike me and my Scottish Conservative colleagues who care just as much about a child’s welfare in Penrith as we do in Perth.

But that principle is allowed to lapse from time to time as we've seen on such important issues such as fox hunting, where the SNP do feel that they have a role to play in deciding what goes on south of the border.

So I don't think it's that. I think, just like when the SNP removed Scotland from international league tables on educational performance, they are terrified of having to defend their shameful record of supporting children and young people in Scotland.

Now today's motion talks about the government's plans to support children, about investment in targeted support, and additional funding in England.

And it's usually at this point that a separatist would jump up from the benches opposite primed with their SNP HQ briefing point sent by the wonders of the internet from Murrell towers in Edinburgh to opine to the world about how much things are better in Scotland.

Not today, Madam Deputy Speaker, and why? Because while this Conservative government is committing £1.4 billion to education recovery, £1 billion pounds for tutoring courses to help students recover from lost teaching during the past year, £400 million for training and development for teachers, £700 million and a catch up funding package, raising the pupil premium, eliminating digital exclusion including £3 million pounds for laptops and tablets for students in need, and extending our holiday food and activities package, the SNP are failing Scotland's children.

Now Scottish National Party government claim to have invested £400 million in cash funding and per pupil, that would appear on the face of it to be more generous than the UK Government.

Take a look at how that money is being spent - the vast majority of this money has been spent on increasing ventilation in classrooms. Now that is very important in terms of getting kids back into the classroom, of course, but that's not helping children and young people or Scotland catch up.

Children and young people in Scotland, more than half of whom have had no contact at all from teachers over the first lockdown, a fact not helped by the case that the rollout of tablets and laptops in Scotland last year was a complete and utter shambles, and I won't even go near the situation regarding exams and assessments, and that's even before we examine the record of SNP in education before the pandemic hit.

The attainment gap widening, children from less advantaged high schools in England now more likely to get a place at university than those from similar backgrounds in Scotland, the trumpeted and ironically named Curriculum for Excellence, leading to a situation where in the poorest parts of Scotland, one pupil in five, one in five, leave school without achieving a single pass at national five level and where across Scotland one in 10 children fail to meet the required standards for National 4 in terms of literacy and numeracy.

So what's the plan, what's the plan in Scotland, what's the SNP's grand plan, the ambitious project to help children and parents catch up for lost time, a £20 million pound summer of play. Now of course, encouraging and providing opportunities to socialise and play, and to improve the mental wellbeing of children is vital. And I actually think we should be looking towards the Scandinavian model of education and examining how they base their models much more on the health and wellbeing of children, putting that first.

But our young people need so much more than the derisory £25 per head that is being pledged by the SNP on this. If the Labour Party are criticising us for not investing enough and that's their position today and that's that's completely respectable, to help young people get back on track in England, what on Earth are we to make of this laughably poor situation in Scotland. Except it is not laughable because this is incredibly serious. A government, any government, has a duty to the next generation to provide them with the skills and the education needed for them to get out in the world of work. In this duty this sacred duty the SNP have and are failing the young people of Scotland. Today's students in Scotland will pay the price for SNP failure. Scotland will pay the price for SNP failure, I oppose this motion today because this government is doing the right thing by children and young people in this country. I only wish that our ambition was matched by the government in Edinburgh.