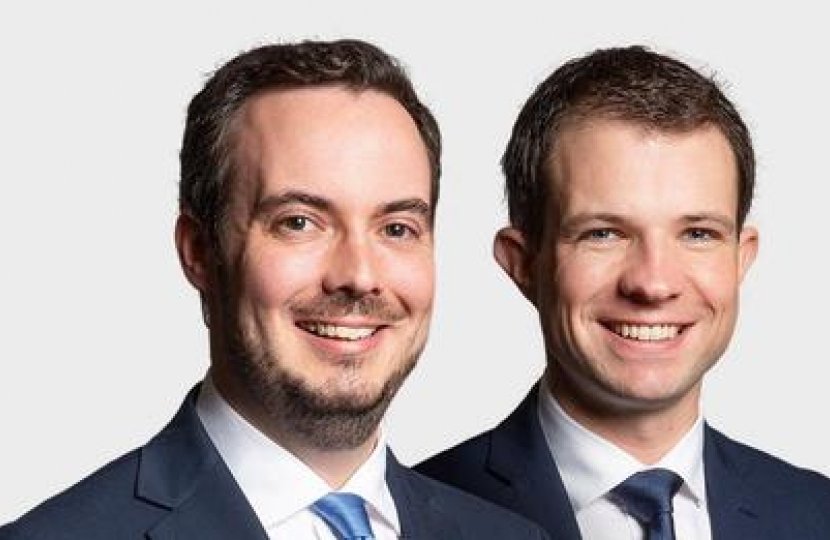 When the Chancellor stands up to deliver his Budget on Wednesday, we trust he will continue his mission to drive economic growth and prosperity in all four parts of the United Kingdom.

Representing constituencies from opposite ends of the country – East Devon in the south west of England and West Aberdeenshire and Kincardine in the north east of Scotland – we recognise that connectivity across and within the UK is crucial if we are to bolster the economic and political case for the Union, as well as recovering from the pandemic.

That is why we believe that cutting air passenger duty for domestic flights within the UK would be a bold step toward supporting connectivity across all parts of the Union, as well as boosting our domestic aviation industry which has been at the forefront of the economic impact of coronavirus.

UK passenger flights were already declining before coronavirus, a trend which has been exacerbated by the fall in travel during the pandemic: the number of domestic passenger flights fell from 231,000 to under 80,000 between 2019 and 2020. And it isn’t just airlines – our airports have suffered as well, with international travel restrictions imposed for much of the past year impacting passenger flow and turnover. That is why we were grateful for the £8 million of support from the Chancellor to help pay fixed costs such as business rates for airports and ground handlers throughout England.

When a Conservative government introduced air passenger duty in 1994, an exemption was included for the return leg of domestic flights. Yet unsurprisingly, bowing inevitably to pressure from the European Union, the then-Labour government removed this exemption in 2001. By reintroducing this exemption, the government could signal clear support for the aviation sector, support families with cost of living by making domestic and foreign holidays cheaper, encouraging greater inward investment, and also supporting our airports as they recover from the pandemic.

In particular, reducing air passenger duty would boost the smaller, regional airports – such as Exeter in Devon and Aberdeen in Scotland – which see a larger number of passengers travelling within the UK than going abroad. For example, Civil Aviation Authority data from 2019 shows that more than 53 per cent of passengers from Aberdeen, Belfast City, Belfast International, Inverness and Southampton were flying directly to domestic destinations within the UK.

Coastal communities like Southampton, Newquay and Bristol, and regional towns like Doncaster, Luton and Leeds would therefore benefit in particular, furthering the government’s mission to boost regional growth and level up historically underinvested communities.

We recognise that the Chancellor has a difficult juggling act to play on Wednesday: balancing the need to restore the public finances to responsible levels, with support for people and businesses and continuing to spread prosperity and opportunity to all parts of the United Kingdom.

We believe that a reduction in air passenger duty would achieve all of these aims. Revenue from air passenger duty will still play an important role in ensuring – during an era where environmental concerns of long-haul travel are rightly increasing – that those who travel contribute in a fair way. At the same time however, a reduction would reduce the cost of flying for families wanting to go on holiday, boost business travel and thereby encourage inward investment, and provide much-needed stimulus for communities such as ours where regional airports are a vital part of the local economy.

We hope and trust that, as he has done more than once throughout the pandemic, the Chancellor will deliver for the whole United Kingdom.

ANDREW BOWIE IS MP FOR WEST ABERDEENSHIRE AND KINCARDINE