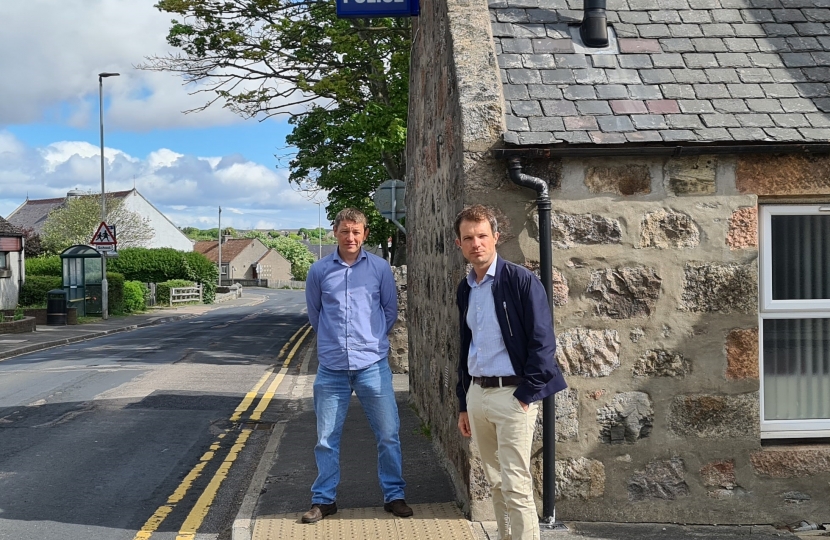 Andrew has now submitted his own response to the consultation on the closure of Portlethen Police Station,

Drawing on feedback he has received from the community Andrew provided a detailed submission which included his own views and those of the of residents who have contacted him. He has pledged to continue his support for the retention of a police station in the town.

Having already received several responses following my letter to Portlethen residents, I am in a position to share with you, not just my own views but many of those expressed by the constituents I represent, some of whom may be unable to contribute directly to the consultation themselves.

The motivation for this closure appears to be about saving money, not service improvement. During my meeting with the Scottish Police Federation, I was told the Portlethen office has enough work to satisfy two officers on a shift. If we were to consider the Portlethen situation as part of the national picture we would see very quickly where the logic of closing the station and removing a police presence altogether – falls down. One of my constituents highlighted that there are 17,234 police officers in Scotland, covering a population of some 5.47 million. That equates to one per 317 head of population. Using that as a basis and knowing the population of Portlethen to be circa 8,200, there could be as many as 28 police officers in the town. I accept that as being a very simple equation and crime rates amongst other things need to be factored in, but to have no local police presence for a town of 8,200 people is not right.

Whilst I refer above to the population of Portlethen itself, it should be considered that Portlethen is one settlement within the wider community of North Kincardine, that community includes Newtonhill and Chapelton of Elsick amongst others. All three of the settlements mentioned (including Portlethen) are growing towns and villages respectively. In fact between the three locations I’ve mentioned there are dozens of allocations and potential allocations for housing within the local development plan, this will undoubtably lead to a continuing increase in the local population. The closure of Portlethen police station will make the settlement the largest in Aberdeenshire without a police station and would leave the entire council ward of North Kincardine without one in the process.

I believe that a local police presence is vital to deter crime and provide support to the community, especially in a large settlement like Portlethen. I fear that removing this presence will lead to a reduction in police visibility, a reduction in the amount of crimes being reported and could lead to an increase in local crime in general.