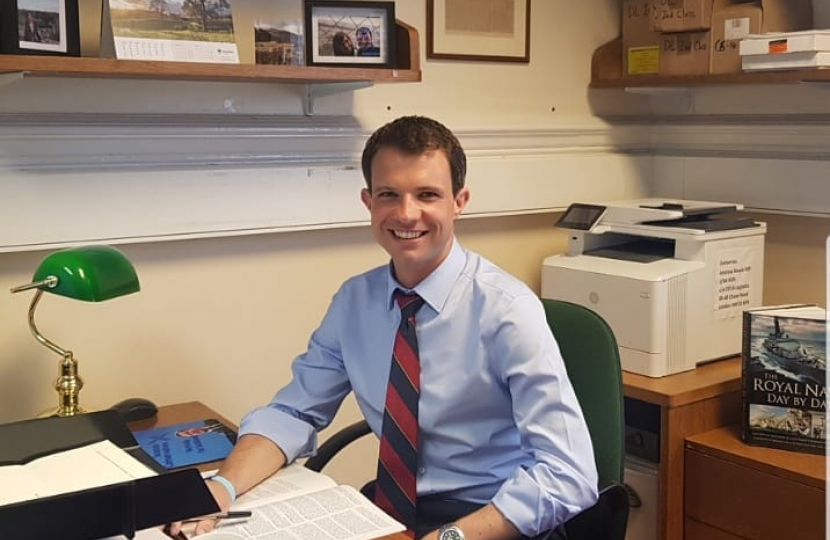 The silver city with the golden sand and the rich blue beyond, oil and gas made Aberdeen and Aberdeenshire the energy capital of Europe. Net zero will be its next boom. It’s not just the northeast of Scotland that stands to benefit, but the entire United Kingdom.

Contrary to popular belief, far from being to blame for the energy crunch, between 2010 and 2020, the cost of wind and solar plummeted and actually protected consumers from volatile gas prices. Because gas costs have soared, renewables are now four times cheaper than existing gas plants.

Yet we cannot turn off the taps tomorrow. Rigs will continue to operate for the foreseeable future and I welcome the serious attitude the chancellor, the business secretary and the energy minister have taken, making tough choices for the good of the country.

Energy security is the new buzz term in government – and with good reason given the situation in eastern Europe right now. We should never take what we have in our water for granted and should be forever thankful we are not more reliant on Russia for our energy supply like some of our European friends.

Aberdeen is well-placed to become the net-zero capital of the UK. The sector’s 250,000-strong workforce are the energy experts, engineers and skilled workers we need to create new clean industries. The North Sea basin will be crucial to meeting our decarbonisation goals, as will its wind; and as anyone that has lived on the east coast of Scotland will testify, that is something we are not in short supply of.

Through renewable energy, carbon capture and storage, and low-carbon hydrogen production, northeast Scotland can continue to power millions of homes and contribute billions of pounds to the UK economy, with renewables becoming cheaper and cheaper for each of us at home.

Where it is still costly now, we can find far better ways to lower cost than scrap or tax. Why not invest local community funds from such projects straight into heating homes, helping for example with the cost of heat pumps.

The sceptical voices casting doubt on renewable energy need to see the offshore wind farms that energy firms, most of which are still producing oil and gas, are constructing off the coast of Scotland. This booming industry’s potential is enormous.

Experts expect it to support 69,000 jobs in four years. By the end of the decade, there’ll be 40 gigawatts of offshore wind around our coastline — enough to power every UK home — according to the government’s 10 point plan for a green industrial revolution.

Aberdeen won’t be the only place to feel the economic benefits of Scotland’s wind farms. These turbines are also being built in factories across Teesside, the Humber and Wales. For me, net zero is not just about securing jobs, investment and new industries for my constituents, but strengthening the ties that bind our United Kingdom.

In the ScotWind leasing round, energy firms invested £385 million in North Sea sites to develop 12 gigawatts of floating wind turbines. That’s 12 times the government’s ambition for the emerging sector and with it came greater investment.

Well managed, working alongside and in concert with other maritime partners such as the fishing fleets, this new industry will slot right in to the Aberdonian sea-faring powerhouse, encouraging a whole shift of skills and supply chain, as well as new port infrastructure. We have the means, the money, the skills and the will, all that’s left is to make clear our ambition for a true North Sea revival.

So together with Conservative MPs from across the UK and industry leaders, I am calling for the government to increase its floating offshore wind target to 15 gigawatts by 2035. Floating turbines can access windier, deeper seas, increasing energy security. Raising our target will unlock investment and help the UK win the global race to lead this new technology.

If we grasp this opportunity, the Offshore Renewable Energy Catapult calculated that the sector could add £43 billion to the UK’s economy and create 29,000 new jobs by 2050. Net zero was on the first page of the Conservatives’ manifesto. We must deliver.