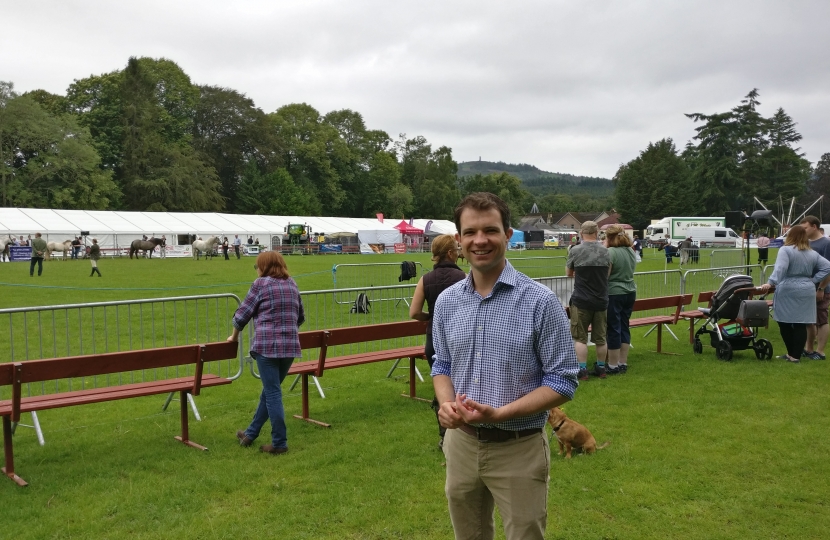 Andrew took the opportunity during questions to the Department for Digital, Culture, Media and Sport, to ask whether the SNP, Scottish Government had shown willingness to participate in trials allowing larger events to go ahead with a battery of testing, tracking and tracing. Andrew said that more effort should be made to help Highland Games and agricultural shows across the North East to get under way.

Following the second year of cancellations for events in Ballater, Braemar and Aboyne, Andrew has urged the Scottish Government to take part in the events research programme (ERP) undertaken by the UK Government. The ERP involved events in Liverpool drawing more than 13,000 people, 10,000 at the Download rock festival at Donnington Park at the weekend, and 12,000 at Royal Ascot last week. Although there have been trials undertaken to admit fans to football games, a test has yet to be announced for traditional Scottish summer events.

“We have seen some relaxation under scrutiny of the football programme.

“That’s to be welcomed and I look forward to the return of crowds to Pittodrie as well as to stadiums of teams in other leagues.

“Football is not the only show in town, however, and I believe organisers of local events would welcome some guidance and assistance about the return of Highland Games.

“These are major draws in my constituency and across the North East, and big drivers of tourism and hospitality across the region.

“I would appreciate some clarity from the SNP Scottish Government as to when it intends to follow trials which would allow the summer calendar of events to begin again, even if it’s in a tightly managed way.”