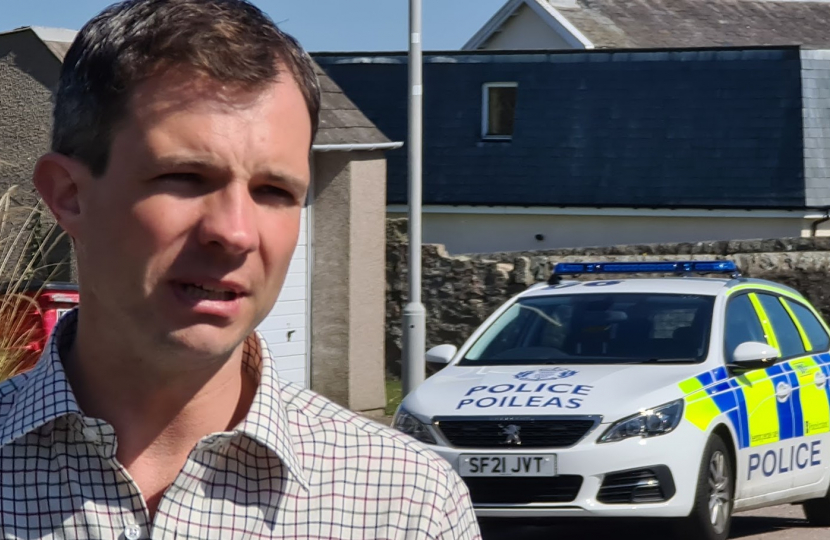 Andrew has reiterated his calls for the continued presence of Portlethen Police Station in a letter to the Chief Inspector of Police Scotland today. In his letter, Andrew conveyed the concerns of Portlethen residents writing:

“I believe that a local police presence is vital to deter crime and provide support to the community, especially in a large settlement like Portlethen. I fear that removing this presence will result in a reduction of police visibility in the community, a reduction in the number of crimes reported, and risk an increase in crime within in local area.”

Andrew views the local station, and the staff based there, as key to building and maintaining the police’s relationship with the general public but particularly with young people in the community. He argues that the closure of the station would lead to Portlethen being one of the few towns in the constituency to have an academy, but lack a police station.

“Young adults of academy age will miss out on the opportunity to connect with the local police force in the same way as other young adults will be able to in communities such as Westhill or Banchory.”